Home > Employment Law > Overview of Discrimination on the Basis of Race, Sex, and Religion

An unfortunate trend in recent years has been the rise of reports of discrimination across the nation. Due to the amount of time Americans spend working, much of this discrimination is experienced on the job. Sometimes discrimination can be so ingrained in the culture of a workplace that it is difficult to even recognize it for what it is.

As workplaces across the nation work to become more inclusive and more employees feel empowered to speak up about mistreatment, it is in everyone’s best interest to learn more about discrimination. In this article, the discussion will focus on racial, sexual, and religious discrimination: what they are, how to recognize them in the workplace, and what can be done to preempt them before they become a problem.

Illegal discrimination, on the other hand, is discriminatory behavior against a class or category of people that is protected by law. There are several federal laws that prevent discrimination. Most prominently, the Americans with Disabilities Act (ADA), the Age Discrimination in Employment Act (ADEA), and Title VII of the Civil Rights Act of 1964. In total, there are eight types of discrimination that are forbidden by federal law:

Notably, the victim of discrimination does not always have to be the chosen victim of the perpetrator. Anyone who feels that discriminatory or harassing behavior is causing them to be unable to function in the company normally may be able to file a complaint about the behavior.

Illegal discrimination complaints are heard, investigated, and resolved by the Equal Employment Opportunity Commission (EEOC). This commission is a part of the U.S. Department of Labor and exists to address issues of discrimination in the workplace. If an EEOC investigator finds evidence of discrimination, then the EEOC can offer mediation services or even take direct legal action against the employer.

Sexual discrimination is a differing treatment based on the sex of an employee. This term is intentionally broad and has been expanded in its interpretation to include discrimination against pregnant people, people of different gender identities, and people of diverse sexual orientations.

One of the most common types of sex-based discrimination is sexual harassment. Harassment is a type of discriminatory behavior that can involve pranks, critical comments, offensive actions, assault, or other unwanted actions that cause worry, fear, or annoyance. The standard for determining whether someone has engaged in harassing behavior is often the hostile work environment standard.

Pervasive behavior is any action that is repeated to cause consistent small harms that damage the employee’s ability to feel safe to perform their duties in the workplace. Examples of pervasive sexual harassment include consistent offensive jokes based on the victim’s sex, engaging in pranks such as hiding the tools or equipment of employees of a certain sex, or actions such as repeatedly invading the space of an employee or touching them in inappropriate manners.

In contrast to pervasive harassment’s standard of numerous consistent offenses, severe harassing behavior may only need to happen once. Severe harassment is any single, impactful or traumatic event that deeply impacts the employee’s sense of safety. Examples of severe harassment may include physical assault, destruction of the employee’s personal possessions, or other actions that would be objectively harmful.

Racial discrimination is any unequal treatment that is based on the race of an employee. Notably, the person discriminating against an individual is still guilty of discriminatory actions even if they incorrectly assume the victim’s race. For example, if an employer singles an employee out and discriminates against an employee because they are black, it does not matter if the employee is actually Asian or Hispanic.

Sometimes certain policies can be racially discriminatory in less obvious ways than harassment or outright abuse. For example, certain uniform policies regarding beards or hair can disproportionately affect people of certain races or from certain national origins. If a policy seems innocuous, but strongly affects a certain race or only benefits people of certain national origins, that policy can still be found to be discriminatory.

When it comes to preventing racial discrimination it usually requires a twofold approach: a policy angle and a personnel angle. From a policy angle, companies should be open to feedback from employees about ways that some policies are unfair or prejudicial and change them. This is particularly true if the people complaining about those policies are part of a group that is underrepresented among the higher branches of the company. From a personal point, employees can speak out against people using discriminatory language or acting discriminatorily toward members of certain races.

Religious discrimination is a historical struggle in America. Many of the first Europeans who came to America cited religious persecution as why they fled. In the modern-day, shifting sociopolitical factors have caused many religious groups to feel unheard, underrepresented, and discriminated against.

Religious discrimination can be obvious or very complex. Obvious examples include not allowing employees to wear religious garbs such as yarmulkes, turbans, or hijabs or not hiring employees who do not adhere to the employer’s faith.

Less obvious examples are usually based on employment policies that benefit certain religions while discounting all others. For example, an employer may incentivize or compel employees to adhere to their religion if the employer asks what religious institution an individual attends, leads employees in regular prayer, or includes whether a person is a practicing member of the employer’s faith in decisions regarding hiring, promotions, or wage increases.

In general, the best way to prevent religious discrimination is to act tolerantly. This means allowing religious grab to be worn, respecting an employee’s holy days of obligation, and not asking questions if it is apparent or expressed that the employee is no longer comfortable with that line of questioning.

What to do About Discrimination

July 14, 2022
The catch-all definition of a drug test is a process that identifies signs of controlled substances in a biological sample given or taken from an individual.
Tags
employmentemployment law 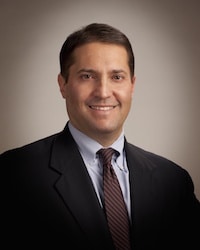 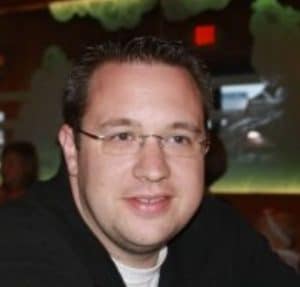