The Americans With Disabilities Act (ADA) 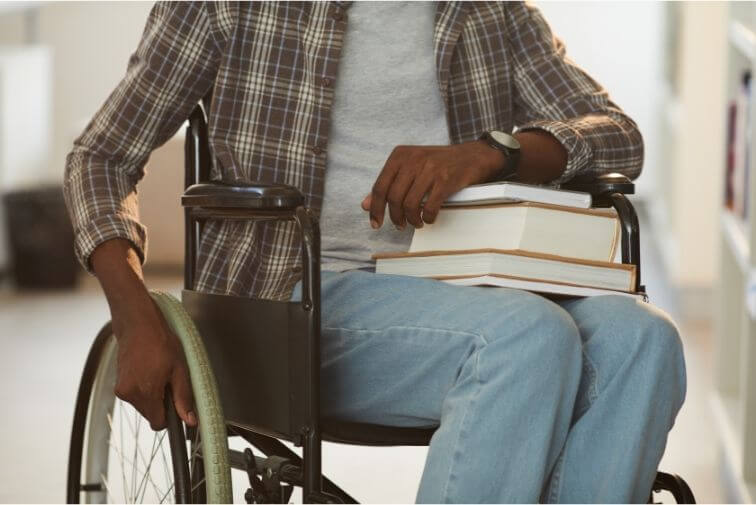 What Is The Americans With Disabilities Act?

The Americans with Disabilities Act (ADA) is a piece of federal legislation that was passed with the intent to limit discrimination against people with disabilities. The law was passed on July 26, 1990, and signed into law by then-president George H.W. Bush.

The ADA took great inspiration from previous anti-discrimination laws that had been passed previously. It took influence from the Civil Rights Act of 1964 as well as Section 504 of the Rehabilitation Act of 1973.

The ADA not only prevents intentional acts of discrimination and punishes them if they occur, but the ADA also proactively requires that certain accessibility measures be allowed and provided for in most situations. For example, the ADA guarantees the rights of disabled individuals to employment opportunities, the ability to purchase goods and services and to participate in local, State, and Federal government programs and services. In order to accomplish this, the ADA requires that certain measures be taken, such as ensuring that government buildings have ramps and elevators for people who have difficulty walking.

The ADA also requires that written materials provided to citizens have alternative forms for people of are unable to see such as increased font size, audio versions of the material, or braille copies.

The Americans With Disabilities Act (ADA), and Employment Law

One of the most important protections offered by the ADA is for disabled employees. Title I of the ADA requires any employer with at least 15 employees to comply and prohibits discrimination against disabled people with regard to employment-related opportunities.

Some examples of employment-related opportunities include earning wages, hiring, participating in social activities, promoting, recruiting, or training. Additionally, Title I also limits the questions that can be asked about an applicant’s disability before extending a job offer as well as requiring “reasonable accommodation” to be made for an individual with a qualifying disability.

What is and is not considered a qualified disability under the ADA varies. Some examples of disabilities listed in the text of the ADA include:

However, cancer and multiple sclerosis (MS) were not categorized as disabilities.

What the ADA categorizes as a disability is non-exhaustive and must simply meet certain the definition of a person “who has a physical or mental impairment that substantially limits one or more major life activity.” Major life activities include basic actions such as walking, reading, or communicating.

Anyone who feels that they have been discriminated against for their disability can file charges against the alleged offender at any U.S. Equal Employment Opportunity Commission field (EEOC) offices. Field offices are located in 50 cities throughout the U.S. across 15 districts. Charges can be brought against private employers, state and local governments, employment agencies, labor organizations including unions, and labor-management committees.

If you believe that your rights have been violated as described by the Americans with Disabilities Act, by an employer discriminating against you on the basis of a disability, you may be able to file a lawsuit to achieve justice. In order to do so, you will need an Employment Law attorney.

An experienced Employment Law attorney can help you achieve the best possible outcome for your case. They can subpoena witnesses, emails, or other documents which contain evidence of discrimination and use their trial expertise to leverage that evidence to advocate on your behalf.