According to the US Centers for Disease Control and Prevention (CDC), more than 50% of women and 33% of men have experienced sexual violence involving sexual contact at some point in their lives.

At the most basic level, sexual assault refers to sexual contact coupled with the lack of consent. With those principles in mind, it is evident that the term may apply to a very wide range of conduct from penetrative rape, to the unwanted touching of another’s intimate parts through their clothes.

How to File an EEOC Complaint or Charge

How to Sue for Sexual Harassment 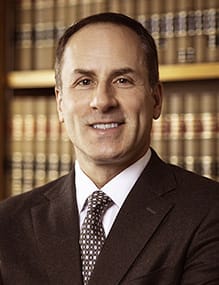 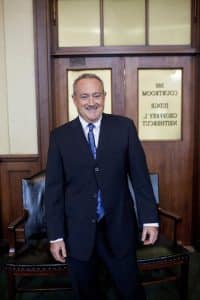 The Law Offices Of Grant Bettencourt 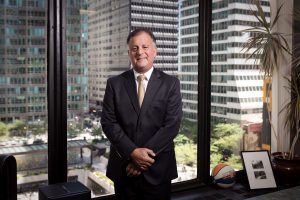 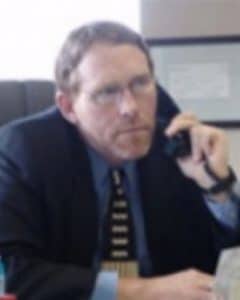 At the very outset, it must be noted that when it comes to sexual assault and other sex crimes, (as well as all crimes, for that matter), each element of the crime must be defined by statute and established by the prosecution beyond a reasonable doubt. Given that there are countless nuances and distinctions between how each state defines concepts such as “consent,” “sexual assault,” “sexual contact,” etc, the importance of terminology cannot be overstated.
Take for example any offense which includes the touching of another’s intimate parts as an essential element of the crime. Whereas many states include in their definitions of “intimate parts” the genitalia, anus, groin, buttocks, and breasts, Virginia also under that definition includes the chest of a child under the age of 15, whereas Texas does not include breasts but only the female nipple. Thus it soon becomes readily apparent that a specific act may be a crime in one state but not in another.

While some states have varying definitions of consent, and other states instead describe what consent is not, the common themes are that:

Because minors are deemed unable to provide consent, every state has passed statutory rape laws (although not every state uses that term) criminalizing sex with minors to some degree. The age of consent in each state differs, but is either 16, 17, or 18.
However, these prohibitions are not absolute in that age differentials are taken into account (the so-called “Romeo and Juliette” laws). For instance, the age of consent in Maine is 16, but it is not a crime for someone to have sexual relations with someone who is 14 or 15 as long as they are less than 5 years older than them. In Delaware, where the age of consent is 18, it is legal for anyone who is younger than 30 to have sexual relations with someone who is 16 or 17.
Most states also have spousal exception laws where sexual intercourse is not a crime even if one of the partners is significantly younger than that state’s age of consent.

While the majority of sex crimes are prosecuted at the state level, the federal government has concurrent jurisdiction with the individual states over a large variety of sex offenses. Some of the most common crimes the federal government prosecutes are those involving commercial sexual exploitation (CSE). These prosecutions generally involve the following acts perpetrated against children (CSEC), but also apply to adults where force, fraud, or coercion is involved:

Some sex crimes may only be prosecuted by the federal government due to its exterritorial jurisdiction, which allows it to prosecute certain crimes that took place in another country, such as when an American citizen travels to another country and has sex with a child.
Additionally, because states often have statutes of limitations preventing them from prosecuting of sex crimes after a certain amount of time has passed (or in most states, if the victim was a child, a given time period beginning after the child reached the age of majority), and the corresponding version of federal crime will not recognize any such limitations, perpetrators of those crimes can only be brought to justice by the federal government.

Crimes are classified as either misdemeanors, which are punishable by up to a year in jail, or felonies, which are punishable by more than a year in prison. Misdemeanors and felonies are further assigned degrees that decrease in number as the severity of the surrounding circumstances of the crime increases. For example, a crime that is defined as burglary in the fourth degree may be classified as a crime of burglary in the second degree if the actor was carrying a deadly weapon when committing the crime. In this example, carrying the weapon will be considered an aggravating factor that escalated the crime from the fourth to the second degree.
When it comes to sexual assault and other sex crimes, aggravating factors may include:

Furthermore, certain crimes that do not necessarily include a sexual component may be aggravated where a sexual component is involved. For instance, in New York, the crime of stalking in the fourth degree will be escalated to stalking in the third degree if the stalker’s actions cause the victim to reasonably believe that they, or a family member, will be sexually assaulted.

The Many Faces of Sexual Assault

Quid pro quo is the most straightforward form of workplace sexual harassment. The perpetrator offers some incentive or threatens some punishment if the victim does not perform a sexual act. The incentive can be implied or explicit but the victim must believe that their performance of a sexual activity is required in order to achieve it.

If an individual is intoxicated, incapacitated, or asleep, they cannot give consent and that is an assault. On the other hand, if the perpetrator pesters, threatens, guilts, or otherwise coerces a victim to agree to a sexual act, that is still non-consensual because the “yes” was not given voluntarily or enthusiastically. When there is an imbalance of power, such as between an adult and a minor or between a subordinate and manager, there cannot be consent because of the unequal balance of power.

In order to achieve this best outcome, however, you will need an attorney who has the expertise and resources to take your case all the way. That’s why you should contact Attorney at Law. By partnering with AAL, you will be able to avoid slogging through the quagmire of unscrupulous lawyers looking to exploit your case.

At AAL we only partner with the best firms in your area, helping you find the best attorney for your case. Don’t wait, contact AAL today for a free no-obligation consultation and begin your journey to justice.

1. What is considered sexual assault?

2. How many people are sexually assaulted each year?

According to the National Sexual Violence Research Center, 81% of women and 43% of men reported experiencing some form of sexual harassment and/or assault in their lifetime. That same source reports that 734,630 people reported being sexually assaulted in 2018. It is difficult to accurately tally the exact number of people who experienced an assault because not every victim of a non-consensual sexual act feels comfortable sharing their experience or even acknowledges that they were assaulted.

3. Is sexual assault a felony?

There are many different types of sexual assault under the law. Depending on the law or laws violated, sexual assault can be a misdemeanor or a felony. The crime of rape or criminal sexual penetration has multiple degrees including the lesser charge of aggravated sexual assault. In most cases, this is a felony.

An even lesser charge of sexual assault is criminal sexual contact or sexual battery. These crimes are closer to misdemeanor status and do not feature penetration as part of the acts. There are also variants of sexual assault law such as sexual conduct by a person in authority or sexual conduct with a minor. These acts may be added to a sexual battery or rape charge as appropriate and may enhance misdemeanor level charges to felony status.

Pervasive sexual harassment creates a hostile work environment through repeated inappropriate acts against an employee. This could include sexual jokes, inappropriate touching, or repeated advances. Severe sexual harassment does not need to be repeated. A severe incident, such as a sexual assault, creates the feeling that the workplace is unsafe and is therefore hostile.

5. How many times can I file for bankruptcy?

6. Do the terms sexual abuse and sexual harassment refer to the same conduct as sexual assault?

No. The term sexual abuse is often used in the context of acts committed against children. As with many other forms of sexual crimes, there need not be any contact with the victim, and child sex abuse can include sharing pornographic materials with a minor, sending them obscene text messages, or engaging with them in online interactions of a sexual nature.

Sexual harassment generally refers to a much wider range of behaviors than those defined as crimes under state and federal laws, and is the subject of civil lawsuits rather than criminal prosecution. Sexual harassment often occurs within the workplace, for example when co-workers or bosses make frequent inappropriate comments about a co-worker’s dress or appearance, tell overtly sexual jokes or discuss activities of a sexual nature in a co-worker’s presence, or subject them to quid-pro-quo harassment, which is when a person in a position of power solicits sexual favors from a subordinate by promising them raises or promotions.

7. Can sexual conduct between consenting ever be considered sexual assault or other sex crime?

Yes. One example is incest. Except for Rhode Island and New Jersey, every state in the US criminalizes incest between consenting adults (although how incest is defined, and the penalties imposed, will vary from state to state).

Another example is professional sexual exploitation which involves sexual activity between professionals such as doctors, therapists, psychiatrists, clergy members, and similar professionals who hold a position of trust vis-à-vis their clients, who are likely to be in a vulnerable state mentally or emotionally, and therefore extremely susceptible to being taken advantage of.

Of course, such misconduct will almost certainly result in the suspension of the professional’s license by the relevant licensing authority, in many states, depending on the professional position and nature of the act, such misconduct can also be a crime. For example, under the Colorado Penal Code, the commission of an act involving sexual intrusion or penetration between a psychotherapist and their client is considered aggravated sexual assault; with the code specifically stating that the client’s consent is not a legal defense to the crime.

8. Is physical contact a requirement for it to be considered sexual assault or other sex crime?

No. In fact, many sex crimes are committed without the victim being aware that they have taken place. Some examples include: