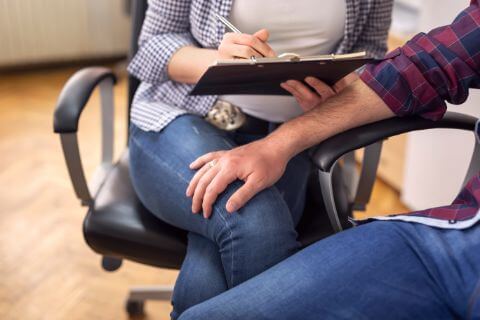 What Is Sexual Harassment?

While it is true that unwelcome sexual advances, requests for sexual favors, or touching a person in a sexual manner are all examples of sexual harassment, other behaviors, including disparaging comments or jokes can also be considered sexual harassment.

The standard for sexual harassment is whether the behavior creates a hostile work environment. In order for a workplace to be considered “hostile” the behavior must be offensive and either pervasive or severe.

Offensive behavior includes any dehumanizing, objectifying, or insensitively rude comments or jokes. If, for example, someone makes an inappropriate joke that puts down women, that may be considered offensive. The general standard for determining whether something is offensive is considering whether a theoretically reasonable person would find the joke offensive if they were a member of the targeted group.

The other question is whether the behavior is either pervasive or severe. Pervasive sexual harassment would include consistent jokes, pranks, comments, or inappropriate requests that are not adequately addressed. By contrast, sexual harassment can also occur if there is a even a single severe incident. A severe incident could include a physical assault or other highly traumatic event that fundamentally affects the victim’s sense of safety and productivity in the workplace.

Sexual harassment can come from anyone in an organization including:

Sexual harassment can also occur between two people of the same sex. As long as the behavior creates a hostile work environment or leads to unequal employment decisions on the basis of an individual’s sex, it can be considered sexual harassment.

When an individual believes that they are being sexually harassed, they should utilize all available grievance or complaint mechanisms available in order to create a trail of evidence that the behavior was unwanted and was not stopped. During an investigation of sexual harassment,  the EEOC will look at the circumstances, nature of the harassment, and context at the time the incidents occurred.

If you have suffered sexual harassment and your harassment has not been addressed or you have been terminated for speaking up, you may be able to file a lawsuit to remedy the situation. In order to file and prevail in your lawsuit, you will need the help of an Employment Law attorney.

An experienced Employment Law attorney will zealously advocate on your behalf in order to achieve the best possible outcome for your case. Using their legal expertise, trial tactics, and expert witnesses, your Employment Law attorney will gather evidence of harassment and demonstrate compellingly how you have been sexually harassed without receiving the remedies required by law.