Home > Divorce & Family Law > 8 Ways A Prenup Can Be Invalid

8 Ways A Prenup Can Be Invalid 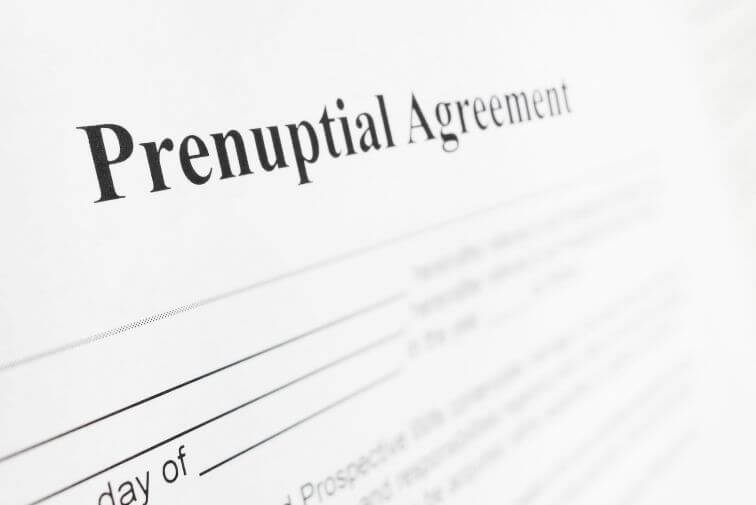 Even if you said “I do” on your wedding day, not every couple lives happily ever after. For this reason, having a prenuptial agreement in place before getting married is highly recommended.

1. The agreement is not in writing

If a prenuptial agreement is not in writing, it will not be enforced in any of the 50 states. Simply put, you cannot simply make oral statements about a prenup and assume they'll be considered a binding contract. Although this may seem like an obvious one, you’d be surprised at how many couples have tried to implement their verbal prenuptial agreements. Moreover, though it is not necessary to have your prenup notarized, it is highly recommended to do so if it stipulates details regarding how assets and property will be divided.

Prenuptial agreements must be signed voluntarily. When a prenuptial agreement is signed under threat, duress, or manipulation, it becomes invalid in the eyes of the law. The legal definition of coercion varies from state to state, but any prenuptial agreement can be declared void if you can prove that your partner, family members, in-laws, or any other party pressured you into signing it.

An experienced divorce attorney can help you find a solution if you and your spouse are having difficulty agreeing regarding a prenup.

One of the most important aspects of a valid prenup is that it was created fairly and with full disclosure of both parties. A fraudulent prenuptial agreement may result if one of the parties fails to disclose all of his or her assets and properties at the time of signing the prenup. Thus, if you or your spouse choose not to list certain assets in the prenuptial agreement or undervalued your assets at the time, it may not stand up in court during divorce proceedings. This can put you in an extremely vulnerable position when it comes to protecting your assets.

4. No time for consideration

Although it is technically legal, having your partner sign the prenuptial agreement on your wedding day is not ideal. This is because both spouses must have time to review and think over a premarital agreement before signing it; and a few minutes before the ceremony definitely doesn’t cut it. The prenup will probably become invalid if the groom hands the bride the contract and a pen just before she walks down the aisle. In order to give both parties sufficient time to review and discuss the agreement, you'll need to begin the process at least two to three months prior to the wedding.

In most cases, as long as both parties have signed the prenuptial agreement, the court will typically uphold it. This does not apply, however, if the prenup is highly biased or unequal. As an example, if the contract declares one spouse will get everything following the marriage while the other spouse gets nothing, it can be voided. This is because prenuptial agreements, by definition, should protect both spouses and be somewhat balanced between the two parties.

By hiring an attorney to help with a prenuptial agreement, it ensures that the prenup functions in your best interests and protects your legal rights, assets and property in the event of a divorce. So if you and your spouse are going to sign a prenuptial agreement, it is always a good idea to have separate legal representation. This shows the court that the prenuptial agreement was drafted fairly and that both parties fully understand the implications of the contract. As a result, if you and your spouse do not retain separate attorneys, a judge may rule your prenup unenforceable.

State laws differ when it comes to what constitutes a valid prenuptial agreement. In California, for example, there is a law that stipulates there must be at least 7 days between presentation of the final version of the prenup and signing it. Also, even though it is recommended to have separate legal representation for each party no matter what, some states may require this by law. Likewise, state laws vary when it comes to property division. Whether you live in a community property or common law property state, you need to ensure that the property division clauses in your prenup do not contradict your state’s laws.

You should ensure that your prenuptial agreement does not include any provisions that may be found by a court to be illegal, unethical, or against public policy. For instance, you cannot waive your right to receive child support or pay child support in a prenup. A prenuptial agreement that contains provisions about child support will not be enforced by the court since a judge will determine these matters according to the "best interests of the child." Further, clauses about private matters, such as who does the chores in the house or where the holidays are to be spent, may also be considered illegal provisions. Instead of simply striking down the invalid provisions, a judge may choose to void the contract as a whole. To ensure your agreement is written correctly and in compliance with all state and federal law, it is highly advised to have an attorney draft it.