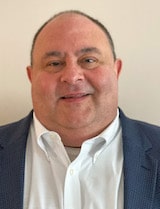 About The Oncale Firm

The Oncale Firm is led by Shane M. Oncale. Mr.Oncale is a graduate of Cumberland School of Law and has spent more than two decades in the courtroom representing individuals, partnerships and corporations in litigation. While at Cumberland, Mr. Oncale had a distinguished record, graduating near the top of his class and serving as Managing Editor of the American Journal of Trial Advocacy, as a member of the AAJ National Trial Team and as a member of both the Henry Upson Sims Moot Court Board and the Cumberland Trial Board.

The Oncale Firm Areas of Practice

Wilbur Lock
I hired Shane because of the several attorney’s I consulted, he seemed the most genuine. To say the least, I was facing a difficult divorce, and I needed someone whom I could trust to give me their honest and professional opinion, and not just tell me what I wanted to hear. It didn’t take long into the process to know I hit a home run, by hiring Shane to represent me. He did an outstanding job of keeping me aware of all of my options, guiding me through the entire process, and keeping me focused on important issues. I truly felt like he operated with my best interest in mind. I could not have dreamed for better representation at trail. Shane was relentless in his pursuit to ensure our judge got an open and honest view of the facts in my case. I was extremely pleased with my outcome. An outcome, that I am sure would have been different, without Shane. I honestly felt like I had a family member handling my case!

Miguel Ortiz
I first contacted Shane in August of 2011, after learning that legal proceedings had been initiated by my ex-wife in Alabama. From the moment I first spoke with Shane it was clear to me that he had an in-depth knowledge of the legal system in Birmingham, AL. His knowledge, flexibility and willingness to work with me long distance are some of the reasons I decided to hire his firm. Shane provided multiple options and advised me as to the best course of action throughout the case. The process took approximately 1 ½ years for final resolution, but the outcome was exactly as Shane predicted. Shane handled both the initial case and subsequent appeal with favorable resolution. I would not hesitate to either use or recommend his firm in the future.

Logan Dettweiler
Shane is an honest, straightforward and dependable attorney. I would highly recommend him to anyone!

sue w-
I found Shane Oncale on the internet and took a chance with him because of the good reviews. I am impressed with professional way Shane handled my case. His aggressiveness in the courtroom was outstanding. Shane explained the process to me and helped me through it step by step always showing support for my decision. Having Shane Oncale as my family attorney has been a blessing in my life during those very difficult and troubling times. Mr. Oncale and his associates were always highly professional, courteous and helpful.

Michel Mail
Mr. Oncale represented my complex out of state custody battle with the best interest of my child in mind. He is a person of integrity, rational, understanding and realistic. He is very familiar with the AL broken down justice system. Although we never got to meet in person and I have not had to appear in court to this day I felt a sense of confidence and security. I think he walks soft with a big stick. As long as my child is a minor and unfortunately I always expect the unexpected I hope Mr. Oncale will accept to represent me in this custody battle in the future if necessary.