For nearly 100 years, Runyon & Runyon has been synonymous with service, skill, hard work, and integrity in . Our Clarksville, TN law firm has passed from father to son to grandson, creating a legacy and continuity unmatched by any firm in the region. We've never forgotten our roots or let go of what made our firm great to begin with. With former law enforcement officers and Clarksville Attorneys in our firm's "family tree," Runyon & Runyon is as much a part of our town as City Hall. 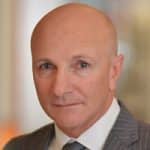 Caitlin Allen
This establishment gave me nothing but positivity in what seemed like a hopeless moment in life. Jay Runyon was fair in his cost and time and went above and beyond for me and I couldn't have asked for more . With that being said what seemed impossible to be made possible happened, my case was dropped all I paid was court cost which would happen and so much more like 6 points, but no nothing more than that and I owe him everything. Thank him and the great staff they have at Runyon&Runyon. I owe you all everything I can't thank you enough.

RoadRunners Elite Tranports
The best in the city hands down!!!! The true definition of you get what you pay for!!! Jay Runyon has been my attorney for 20 years and hasn’t let me down!! Very professional and takes pride in his work!! I recommend him with confidence to anyone in search of a good attorney he will get the job done everytime!!

Karen Barrow
I was in Tennessee for a weekend trip and was involved in a very serious auto accident. Being from out of state, I didn't have a clue as to who to contact to help me with legal advice. Fortunately, someone referred me to Runyon & Runyon. They were very professional and upfront and always took the time to listen to what I had to say. I was not disappointed with the outcome of my case. I am glad I was referred to them.

Allison Means
If you need a good lawyer Runyon & Runyon is the best. Jay is the most honest guy you will ever meet and so easy to talk to. He always goes the extra mile to help someone out.

Jorden Means
Mr. J Runyon has always been very helpful in my cases. He is very respectable, respectful, and professional. Highly recommend!

Ray Runyon worked very hard on my case and got great results for my family. He always responded extremely quickly and kept on top of the case. Not only was...
Ralos S.

They are very professional and skilled in their field. I was very happy with my outcome being represented by this Firm. Sensational!

Where is Runyon & Runyon located?

What are Runyon & Runyon areas of expertise?

How many years is Runyon & Runyon in practice?

Runyon & Runyon is in practice for 25 years.