Nick Mudd is often known for his record-setting run of success in which he won five murder trials in four months. In the last two decades, no Kentucky attorney has even come close to breaking this record. However, he did not stop there. In December 2019, he obtained a record-setting medical malpractice award of $10.5 MILLION when a doctor left a surgical sponge in a patient during a routine cardiac operation. Nick Mudd now applies this knowledge, expertise, and tenacity to your case. 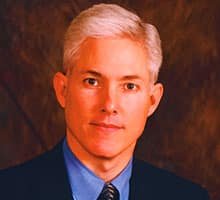 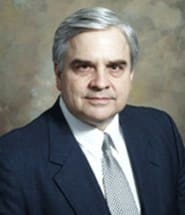 MJ XX
Nick was able to get an amazing deal on a class c felony charge. Not only was my case pending for nearly three years, I was risking 5-10 had I been found guilty. I’m so grateful and thankful that I don’t have to spend another day worrying about a trial, and all I had to do instead was pay a little money in restitution. Nick is an incredible lawyer who will find alternative solutions for your case, no matter how severe or rare the charges may be. He’s incredibly patient, he’s prompt to answer calls, and he’s honest. As soon as he learns something new about your case, he’s prompt to call you. Thanks to Nick, I get to resume my life and finally feel normal again.

Tyler Baker
My case was simple but definitely could’ve stained my record. I hired Nick off of the great reviews others had took the time out to write. The fact he made it clear that he wanted to fight my case when I could’ve easily took a deal and been done with it made me put more trust in him than I ever have anyone. He told me if he’s not worried for me not to be worried and my case got dismissed! I’ll never be able to thank Nick enough and he will forever be my lawyer. I love people that mean what they say.

amanda yff
I will FOREVER be grateful for Mr. Mudd and Brittany! They both worked so hard for me and in the end, we WON!! Mr. Mudd is a I'm going to tell you how it is and not sugar coat things type of lawyer which I LOVED and honestly that’s the type of lawyer you want when you have a serious case like I did. I know I wasn’t his only client, but he made me feel like I was! He kept me in the loop with everything if I needed him or had a question he was there as soon as he could be! I truly felt seen and heard as a client which is SUPER IMPORTANT when looking for a lawyer! He is WORTH EVERY PENNY AND MORE!! If I could give him a MILLION stars I would!!

Lorenzo Goodman
I obtained a speeding citation with an additional charge of wreckless driving. Not being familiar with law firms in the area, I looked through various organizations and stumbled across Mudd Legal Group. What I can tell you is that the positive reviews that you see on the company webpage define the exact treatment that I received for my case! Nick Mudd did an amazing job of handling my case and keeping me up to date with proceedings as necessary. He was very hands on and comforting throughout the entire process. I was very pleased with Nick’s attention to detail, level of expertise, and level of professionalism. I would highly recommend Nick and his law firm to anyone that is in need of legal representation with the intention to truly fight for you!

latisa battles
Nick was awesome. Nick actually listened to me and asked all of the right questions. Nick was very thorough and made everything understandable. Nick was not just another attorney, he actually cared and offered me help regarding my case and some other personal issues. Thank you, Nick, for being awesome. Thank you for resolving my case.

Where is Mudd Legal Group located?

What are Mudd Legal Group areas of expertise?

How many years is Mudd Legal Group in practice?

Mudd Legal Group is in practice for 12 years.