About Kevin B. Gibbs, APLC 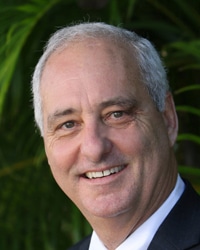 The Law Offices Of Grant Bettencourt

Zac Kahan
Kevin is one of the nicest and most caring people I have ever met! I retained Kevin Gibbs as a consultant for my divorce case. He was very sensitive to all aspects of my case and his knowledge of the law made me very confident I was making the right decisions. His hourly rate might be a little higher than others but he is absolutely worth it. And he provides a free hour of consultation, which cheaper lawyers I found sometimes dont. Plus he doesn't mind going a little over to make sure all your concerns and questions are addressed. In my personal opinion you won't find a better, more caring lawyer for your family law case! I would kiss him if I could! haha. You won't find anyone better, I'm sure of it.

Joshua Lott
I used Mr. Gibbs for my divorce. He was great, very knowledgeable and professional! He was excellent at letting me know the options I had and pointing me in the best direction. He was upfront and honest about outcomes. I was very happy with his service. I had another issue I went to him with and he was honest about his ability to handle my case and referred me to another associate and I was 100% ok and satisfied with his recommendation! I definitely recommend his service. Thank you again Mr. Gibbs! His assistant Jani is also very amazing and understanding!

Rebecca Cooper
I could not have asked for a better experience in the midst of a bad situation than working with Mr. Gibbs. He was honest and fair and patient and kind. He was respectful and made sure I understood everything that was happening throughout the whole process. No one gets married expecting to get a divorce and to then be having to fight for custody of your child. If it wasn't for Mr. Gibbs my situation could be very different right now and I will always be grateful to him and Jani!

Chris Cooper
I retained Mr. Gibbs back in October to represent me on a child custody issue. Luckily, all the details had been pre-negotiated prior to stepping foot in his office. All I needed from him was to write up the stipulation, get it signed by both parties, and submit to the court.

2 to 3 hour job, right? No, not even close. The other party was not represented by counsel at the time. So he decided to take a month or so to get to know her and her wants. Then he takes another 2 months to write the stipulation. This happened to be through the holidays and one of the children’s birthdays. I pleaded with him to stop wasting time and just submit the stipulation already. After the stipulation was submitted, I would call every other week or to see
if the Judge had signed off on it yet. After the 3rd call I was assured that, “You will be the first to know as soon as it happened!” The underlying tone was, stop bothering me I’ll let you know.

The judge signed the stipulation on March 18th of 2020. Kevin didn’t bother to contact me or inform me until May 11th. Almost 2 full months after the stipulation was signed. Then he blamed the delay on “Attorney Services” a document filing service he uses. By this time he has somehow eaten through the entire $7,500 retainer he required up front. This unprofessional behavior persists for almost another year with about an additional $10,000 in attorneys fees. In that entire 1.5 years of “representation” I’ve seen my children for a total of one supervised hour.

Not to mention he allowed another specialist to get involved who was not apart of the original agreement, the written stipulation, or granted authority by the court. Just because my ex-wife did not like the Doctor who was agreed upon and appointed by the court’s treatment plan. Honestly, you can’t make this stuff up. Do yourself a favor and go elsewhere unless you’re willing to waste 1.5 years, $20,000, and be willing to put yourself in much worse position than you were before you ever met him.

His behavior was so unprofessional and negligent that I’m planning on filing a complaint with the California State Bar, but I felt it necessary to warn others.

One of the most honest and straightforward attorneys that I have ever dealt with. Mr Gibbs is very knowledgeable and does his research relating to your...

I had a very vague custody visitation schedule written up at the time of my divorce. After I got remarried, it turned into a battle to be able to see my...
Brenda D.

I had an excellent experience with this attorneys office. From the get go of the consultation, Mr Gibbs was compassionate and knowledgeable. Not once did he...

Where is Kevin B. Gibbs, APLC located?

What are Kevin B. Gibbs, APLC areas of expertise?

How many years is Kevin B. Gibbs, APLC in practice?

Kevin B. Gibbs, APLC is in practice for 28 years.