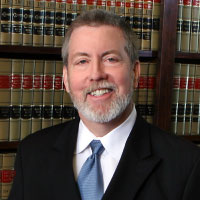 The Law Office Of A. Sam Jubran, P.A 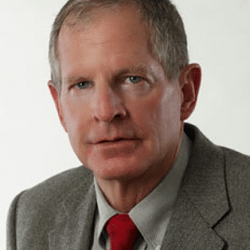 Jim Tart
My son got in trouble this past April and found himself facing a serious charge in Jacksonville. I obtained Mr. Fallgatter through a referral and it turned out to be the best possible referral I could have had considering the circumstances. I called Mr. Fallgatter's office on a Monday Morning and he was in court but returned my call within less than an hour, he talked with me at length about my sons case and scheduled an appointment for me to sit down with him that afternoon. At the appointment he already had an action plan in place. He and his staff took over and he reached out to the prosecutor to hold off formally charging my son until he was able to make a case to them. During the process he and his staff kept us informed and were diligent in obtaining a successful resolution of his case. In my business I work with a lot of attorneys and by far Mr. Fallgatter and his staff are far ahead of anyone that I have dealt with in the past. The access to Mr. Fallgatter personally and the response to any concern or question by both he and his staff was invaluable during this process. He even called me on Good Friday after business hours to give me an update on my son. His kind of dedication and hard work is truly something that is not ordinary in the fast paced society in which we live today. My son and I owe Mr. Fallgatter a tremendous debt of gratitude and advise any one seeking legal advice to give them a call.

Jaida Vaughn
Working with Mrs.Varon was a amazing experience the communication passed expectations. Everything went Great! and the outcome was Beyond expectation’s. she worked with passion and in the end we succeeded. Thank you I will recommend fallgatter, Caitlin and Varon to anyone I know in need of legal assistance best firm by Far!!!!!

Tom Mcgrath
I owe my life to Mr. Fallgatter and his staff! They are an absolute lifesaver!

I was not even aware of the warrant until I was talking to a Family Law attorney who checked and confirmed I did indeed have a warrant for my arrest.

I paid a retainer to a local attorney who never returned my phone calls or e-mails and told me it would not be advisable to consult with another attorney due to it would look bad spreading the word about my case. I thank God I didn't listen to him.

I knew from the first time I called their office, I made the right choice, when I spoke to the extremely nice lady in their office who answered the phone and transferred me to Mr. Fallgatter who was kind enough to speak to me on my first phone call. I was shocked that an attorney would pick up my phone call on the first call.

Everything Mr. Fallgatter told me in the beginning came true. His legal analysis was right on the money. Mr. Fallgatter could probably detect the feeling of absolute dejection and hopelessness I had in my voice. Having been told by attorneys I had spoken to about my case, that I am in deep trouble and my only hope would be to turn myself in and throw myself to the wolves essentially, looking at a maximum jail term of one year. I have never been so frightened in my life.

From the minute Mr. Fallgatter took over my case, he arranged and organized all the evidence such as communications my son's mom and I exchanged and created a spot on profile of me and my son's mom, illustrating with bullet points her mental problems and inconsistencies. He was kind and charming to the prosecutors who examined the voluminous presentation Mr. Fallgatter sent to them and agreed with him that the facts did not support the accusations and the state would not be able to prove the charges beyond a reasonable doubt.

Mr. Fallgatter,
You have a friend for life!

Alicia Carrow
Back in July of this year (2021) three truck loads of teenagers came to our home to assault our 14 year old son. One did assault him and my husband prevented the others from attacking by firing his handgun into the ground. The assault ended and I attempted to follow the teenagers to locate their parents however their careless driving made me not pursue them. Later that evening an officer came to our property and concluded we were in the right, closed the case, and pursued charges against the teen that assaulted our son. 5 days later the officer returned and we provided a written statement. 2 weeks later we (my husband and I) were arrested on over 14 charges ranging from contributing to the delinquency of a minor to aggravated assault with a deadly weapon. I posted bond and immediately reached out to Mr. Fallgatter. In October all of our charges were dropped. Curtis began work on our case before I ever made a payment to him. He never once displayed an ounce of doubt in us, and he successfully kept our family together. Thank you Curtis for your dedication to our family and for answering all my weekend emails. Monica

Belky Velez
Great experience as having Mr. Curtis Fallgatter as my attorney. Mr. Fallgatter was strategic, one step ahead, and a powerful opponent. Mr. Fallgatter was extremely proactive and he executed my dissolution expeditiously. His focus was to resolve the issue as quickly as possible and not to incur with unnecessary cost.

Mr. Fallgatter worked tirelessly to make sure that the truth was told and presented it perfectly. He stood by me, never judged me and when we faced small challenges he never falter. His thorough research provided us the pathway we needed to resolve my case. I am proud to be a client and will continue to retain and recommend them for all legal matters that may arise as I know I am in the best hands. Again, thank you!

What are Fallgatter Catlin & Varon, P.A areas of expertise?

How many years is Fallgatter Catlin & Varon, P.A in practice?

Fallgatter Catlin & Varon, P.A is in practice for 45 years.