Find a Lawyer in Washington 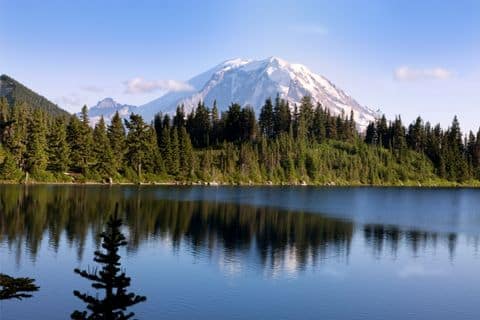 Need a lawyer in Washington?

About the Washington Legal System

Washington has two federal district courts. There is also a state supreme and a state court.

The Washington Supreme Court was established in 1889 and currently has nine judgeships. The court decided on 1,269 cases in 2018. Four judges were elected by nonpartisan votes, and five were appointed to the court by a Democratic governor.

The Washington Court of Appeals serves as the intermediate appellate court in Washington. This court is an appellate court that does not have discretionary powers. It must accept, review, and issue a written decision on all appeals it receives, unlike the Washington State Supreme Court which can reject an appeal.

District Courts in Washington have limited jurisdiction over civil and criminal cases. This includes criminal misdemeanors and preliminary hearings in felony cases.

How much does a lawyer cost in Washington?

How do I find a lawyer in Washington?

How many active attorneys are there in Washington?

There are approximately 40,000+ active lawyers in the state of Washington. This number reflects all lawyers registered with The State Bar of Washington.

Who licenses attorneys in Washington?

The Washington State Bar licenses all attorneys in Washington. A lawyer that is not licensed by the state bar association cannot practice law in full capacity.