About The Law Offices of Jason S. Newcombe

From our law offices in Seattle, Bellevue, Tacoma, and Everett, we help hundreds of clients every year.We are a dedicated team of legal professionals who are here to help you in your time of need and crisis. Our Washington State lawyers have the resources, the knowledge, and the experience to assist you with your legal matter in our practice areas.We always offer a free initial consultation and case evaluation because we think that it’s important for you to understand your legal rights and options. Our job is to provide you with the information and the advice that you need in order to make informed decisions about what is best for you and your family. 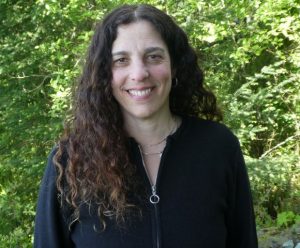 The Law Offices of Jason S. Newcombe Areas Of Practice

Joel Chuks
Before I hired Jason, I had hired a different attorney that really didn't put in much effort into my case, but when I found Jason, he was very confident on the case, he did an amazing job with my case, he was very professional and was available whenever I needed to speak with him. He listened to me on what I needed to see happen in the case, he pursued it and gave me some really great counsel on my situation, treated me with respect and at the end we got the result that we were hoping for. But most importantly he cared and spoke to me like a friend. I will recommend Jason to anyone that needs legal help.

Mark Lundgren
I hired Jason Scott Newcombe to keep a speeding ticket from going on my record and raising my insurance rates. I would have been happy simply with a deferment, but Jason was able to get the ticket completely dismissed! What a relief. Not only am I thrilled with the outcome, but I'm happy with the entire process. He made the experience so easy for me. All I did was call him and he handled the rest. I am very satisfied and highly recommend his services.

Andrea Hall
Jason was amazing in his handling of my case. I had four infractions and rather nasty cop working hard to hang them all on me. Jason was able to get all infractions dropped! He was honest, clear communication and called me just as soon as court was over. Would recommend to anyone needing a traffic attorney in Pierce county!

Jay Thompson
Jason was able to get my bogus traffic ticket completely dismissed. He took care of everything, I didn't even need to appear at the hearing. I highly recommend his legal services.

Vin 124
Jason has successfully contested and won 3 of my family's traffic tickets. His customer service is incredible and he even called me personally to tell me the outcome of the judge's decision. I would highly recommend Jason Newcombe to anyone in need of an attorney.

Jason and his staff are very professional and helpful! I had an interesting hit and run case coupled with a neg. 2nd citation. It took a while but Jason...
Art S.

My teenage daughter was involved in an accident and cited for Negligent Driving, 2nd Degree. We contacted the Law Offices of Jason S Newcombe for advice and...