At Mintz Law Firm, we care deeply for our clients and treat the way we would like to be treated. Our team of professionals will stand by your side and offer attentive support during this very difficult time. 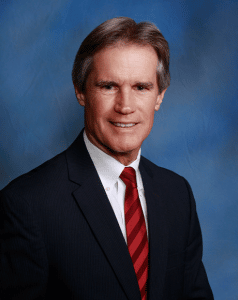 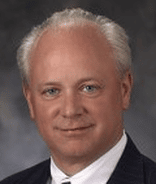 Susanne Jamon
When I first got in touch with the company I knew I wanted them to represent me. You can tell they were concerned if I was OK. I decided to go with the company and glad I did Cheryl the paralegal was awesome I can't even express how good she is that lady went beyond to get in contact with the other company because they were being difficult. I recommend Mintz Law Firm I have no regrets and a big thank you to Cheryl for everything you did for me.

Carla Thomas
The care and support of Mr.Kroger and his team/family is out of this world, if ever you needed to contact him or his staff about any concerns never a issue, calls, emails returned in for me record amount of time. He assured that all my concerns were met, BIG THANKS to Mr.Korger and HIS team/family. Highly recommended.

Christina Rodriguez
Back in March of 2022, my 7 year old son and I, were attacked by a pit bull in our own backyard. Brent and Micki went above and beyond for our case. One of the worst cases they've seen.. I couldn't be more grateful for these men who helped us fight for justice. They called multiple times to check in on us. I couldn't ask for a better team in pulling for us and pushing for us. Absolutely amazing firm. Thank you guys so much for all you've done and continue to do. You're appreciated.

NOLA Red
There aren't enough words to describe Mr. Kroger and his staff. They go beyond what is expected of a law firm, each time had spoken with him or his staff it was always " how are you", and is there anything I can do for you?. They come highly recommended.

Shawn Cook
The attorney and paralegal that worked on my case were less than incompetent and didn't start working on my case until FOUR months after I hired them. Also due to the fact that my attorney viewed my case as Low value he refused to work as hard as one would expect or hope for in a personal injury case. In the end my attorney decided to stop representing me because I asked of him to put forth an effort on my case as opposed to the lack luster performance.I was forced to endure. Bottom line if they don't think they will make what they want on your case they will do absolutely nothing to help you

I had a pretty bad accident a few months ago and had no idea who to reach out to for help. I came across Mintz Law Firm and decided to give them a call. I...
Lucas A.

This is a solid and fair law firm. They knew exactly how to get me the help I needed for auto accident. I was injured and missing a lot of work. I had the...
K. L.

It with great pleasure that I recommend this firm. My experience was positive and though there were tough moments, overall I was pleased.
I especially...

Where is Mintz Law Firm located?

What are Mintz Law Firm areas of expertise?

How many years is Mintz Law Firm in practice?

Mintz Law Firm is in practice for 10 years.