Fix-A-Ticket, Inc., are traffic lawyers with offices in Santa Clarita and Los Angeles. We were founded in 2011 and fight traffic tickets in every court in California. Our team of traffic lawyers has decades of combined legal experience and knowledge in fixing traffic tickets. When you have been cited for a traffic violation, an experienced traffic ticket lawyer is a good person to have on your side. Each case is different and therefore needs specific attention. We know the laws and regulations, we know the court and DMV processes and we have the knowledge, experience and ability to design the best strategy for your case. 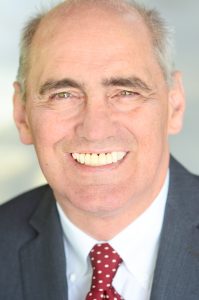 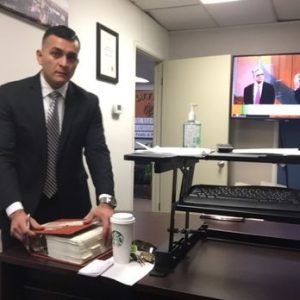 Ryan M
I have used Jason for at least 5 or 6 moving violation cases, and he has gotten each of them thrown out. He has even handled a failure to appear case for me, for which he got the fine dropped substantially and got the misdemeanor dropped to an infraction. He does it for a fair price and brings consistent results. I’ve gotten quotes before from his competitors - FIX-A-TICKET has the best price.

A F
I’ve used Fix-tickets and Jason Miller several times, each time my speeding ticket was dismissed. I never have to do anything other than email the ticket and pay online and then they take care of everything. It’s such a relief to have a good attorney, highly recommend !

Bradford Bell
Jason did an excellent job getting my son Elijah's ticket dismissed. Sonia kept us up to date the whole time.

I could not be more pleased with their work.

I will definitely use Fix a Ticket in the future if we have other legal issues.

00591550
I had a traffic ticket which totaled $950.00. It took a while, but when it was over, the ticket was dismissed, and I owed nothing. These guys gave me regular e-mails with updates on my case. Don't know how they did it, but these guys are good.

K M
What this company did for me is nothing short of a miracle. They truly saved my life. I received a speeding ticket in excess of 100 MPH. The fine was close to a $1,000, but that wasn’t the worst of it. I was going to be losing my license for 30 days. Then, to add insult to injury, I was going to be paying an additional $15,000 in insurance costs over the next 7 years. I was in BIG TROUBLE!! It took the attorney, Mr. Miller, more than one appearance on my behalf, but in the end, he got the ticket dismissed. I simply cannot believe what he was able to do for me. Best of all, his fee is so darned low. Frankly, I would have paid ten times the amount to have this kind of outcome. This outfit is AMAZING!! They deserve a 100 star rating instead of the 5 stars that I gave them.

Great office, great staff. Jason was able to get my ticket dismissed successfully. The communication level was very satisfactory during the process. I will...
Shawn E.

This is the second time Jason reprinted me and again he delivered, knowing that the cop who issued the citation is one of the toughest to go against.
Thank...

Really useless if you want to dismiss a ticket. Still need to pay for the fine and go to traffic school. Not worth the fee at all.
I should pick other law...

Where is Law Office Of Jason Miller Fix-A-Ticket located?

What are Law Office Of Jason Miller Fix-A-Ticket areas of expertise?

How many years is Law Office Of Jason Miller Fix-A-Ticket in practice?

Law Office Of Jason Miller Fix-A-Ticket is in practice for 15 years.