Charles Inch may ask you questions that most other lawyers never did/never do. Whether you’re worried you’re going to be put in jail, someone is going to take your kids away from you, or you have another legal issue; you will want us to know where you came from and what happened to you so that we can help you and your life. 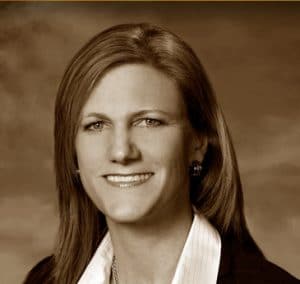 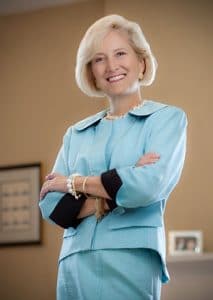 Taryn Wesson
Mr. Inch is a very professional man on every level. He is fair, upfront, honest and sincere when discussing matters of the case during a difficult time. Mr. Inch displays a high moral character, inspiring integrity and a high level of not only understanding, but real knowledge when it comes to the legal system. He shows real passion in his work and is willing to go the extra mile for someone that is putting in the sincere extra effort as well. His knowledge and level of standards has made this difficult case a much smoother process for all parties. I would highly recommend Charlie Inch.

Jody Fisher
Writing a review for Mr. Inch is the absolute least I can do for him after what he's done for me. In the past I've interviewed over 25 attorney's. Two of those represented me in two different cases and the outcome was less than satisfactory. I have those experiences to compare to and Mr. Inch easily blows them out of the water in every way! Mr. Inch is "for the people" and it shows, as he actually cares, he listens. Mr. Inch is detail oriented, aggressive, truthful, communicates and follows through. His knowledge is impressive, his presence in the court room is respected, his confidence is undeniable. His guidance is honest and has a purpose in your case, do what he says, you won't be steered in the wrong direction. Mr. Inch is everything an attorney should be! I'm forever grateful for him and you will be too!

Brandon Johnson
Mr Inch is by far the best and easiest lawyer I have ever called for a consultation. The knowledge, care, and concern he demonstrates is one of a kind. I called him initially feeling anxious and uncertain I left feeling empowered and with a new perspective on not just life but the case at hand. Thanks Mr Inch!

A White
Attorney Inch represented me on a felony narcotics charge I caught in Chesterfield County - a county known for being unrelenting on crime ( growing up in Richmond, we were always told to be weary of being in Chesterfield). Nevertheless, although I had previous felony convictions, Mr. Inch was able to get my charge reduced to a misdemeanor with no jail time. Also, he was really direct about what he needed me to fulfill on my end in order to aid him in obtaining the best outcome for my case. I can truthfully say, in terms of dealing with lawyers, my experience with Atty. Inch was overall positive and unique in that he was really honest with me and encouraging throughout the duration of his representation. In addition, he did really well with relaying his own personal experiences to working with clients and he also expressed this relatability to the judge during my sentencing...a selfless act I've never witnessed any attorney do. Notably, Mr. Inch practices trauma informed law which entails addressing factors, such as mental health, psychological influencers, etc.,which may have led to one's offending behavior. Overall, Atty. Inch is a really great lawyer who is truly invested in those he represents. I highly recommend his service.

Michele Johnson
Great experience! Charles is passionate about what he does and shows compassion for the experiences of his clients. I highly recommend contacting him to see what help he is able to provide before speaking to anyone else.

Mr. Inch provided a clear and concise legal review of my situation. He answered all of my questions fully, provided counterparts and explained where the law...
A W.

Attorney Inch represented me on a felony narcotics charge I caught in Chesterfield County - a county known for being unrelenting on crime ( growing up in...

Where is INCh Law, PLLC. located?

What are INCh Law, PLLC. areas of expertise?

How many years is INCh Law, PLLC. in practice?

INCh Law, PLLC. is in practice for 14 years.