Christopher R. Abernathy, APLC, is a sophisticated law firm dedicated to providing the highest quality legal services. Our personalized attention is founded upon our work ethic and demand for perfection. These qualities have allowed us to be recognized by our clients and peers as one of the premier law firms in the Southern California region. 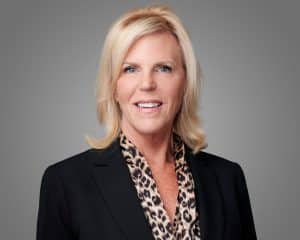 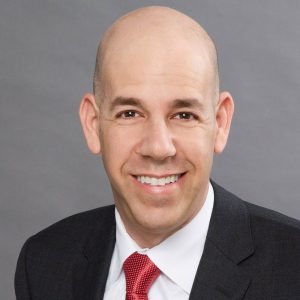 Steve Hinrichs
I can't thank Chris and his team enough. Dealing with an ex who doesn't understand the process and is fighting ghosts has been a draining and difficult - Chirs was there the entire time to help talk me off the ledge, followed by excellent legal work. Chris was tasked with unwinding a really bad outcome from a bad original lawyer who left me in a horrific situation. Chris had to fix a lot of problems created by my original counsel. Because of Chris' knowledge of the courts, the law and the process, and because of his accuracy and ability to take care of things, our legal fees have remained reasonable, and our minds always put at ease. I know Chris has my back every step of the way. Previous counsel dropped the ball left and right; Chris never misses a step. I have been working with him since 2017 and I highly recommend him. Between the ex's 4 lawyers and Chris and my previous counsel, that is 6 lawyers I have seen in action for my divorce and Chris is the best. You will love him and his entire team.

reneemichelle3
Please read and listen to all the negative reviews. Stay away from this guy. He will take your money and drag out your case for years.

We have filed a complaint with the state bar AND he still lied.

So, when it says they have paperwork to prove it believe it.

This attorney should be banned from practicing.

SoCal Libertarian
I’ve been in and out of court with multiple attorneys for 15 years now. I’ve dealt with every issue in a custody battle that you can possibly conceive and I can tell you that Christopher Abernathy is the elite best of the best. He came recommended however he was more expensive than other attorneys I’ve dealt with. Needless to say, that extra cost was worth it and we prevailed. Not only did I win my case, I can say I’m a proud father with full custody of my two children. Thanks Chris and staff!

graham mcmillan
Mr. Abernathy went above and beyond to help me when I made a series of mistakes as a young student in the Rancho area. He minimized the charges against me, saw to it that I owned up to and completed my probationary sentence, and did everything in his power years later to clear my record at minimal cost. He was personable and human, while being completely straightforward about what could be done. When I first met him, he addressed my fear of the impact of my charges against future opportunities. He heard my version of the story unbiasedly, while providing me with the facts of the charges and options. I really appreciate everything Mr. Abernathy did for me in this situation, and recommend him highly as a great lawyer and a good man.

Nathan Thompson
I referred myself to Mr. Abernathy after watching him in court represent another person while waiting for my case to be heard. I was shocked at how well he was able to maneuver the court and destroy some false allegations that the other side had made in an effort to get more money (child support). I was a severe underdog in my case and after being fleeced by another attorney it was tough to hire another person but all I can tell you is I hope more people find Mr. Abernathy first. When I hired Mr. Abernathy the opposing counsel and judge pretty much laughed at us because I was in such bad shape with many false allegations against me and keeping my child from me in an effort to get more support. Mr. Abernathy proceeded to expose all of the false allegations swiftly and effectively and the opposing side buckled after an hour on the stand of story after story being properly pointed out that did not match up. At any point in this situation you need an attorney like Mr. Abernathy that is going to aggressively approach every situation at hand. Even if the opposing side acts calm when they are liable to try any tactic to win. I had the right man on my team to say all the right court room objections at all the right times and I had no clue why or exactly what they meant but the judge upheld them which means he knew exactly what he was doing. He is prompt punctual and handles your time management with fairness. The ex had the nerve to take several stabs at me again over the years and failed every time with my credit going to having a great lawyer that I trust and that gets the job done. Mr. Abernathy is on his A game and I am glad he is on my team.

Mr. Abernathy and his team are amazing. My ex is a malignant narcissist, if you know anything about such people, I pray for you. I asked a friend for a...

Mr. Abernathy & his team are top notch. I had to revisit some child support orders from a divorce & was suggested to look him office up. So glad that I did,...

Mr. Abernathy and his entire team are the best! He is efficient, knowledgeable, does his research, and to the point. He does not waste time on nonsense, and...

What are Christopher R Abernathy APLC areas of expertise?

How many years is Christopher R Abernathy APLC in practice?

Christopher R Abernathy APLC is in practice for 23 years.