Paragard IUD: How to Take Action 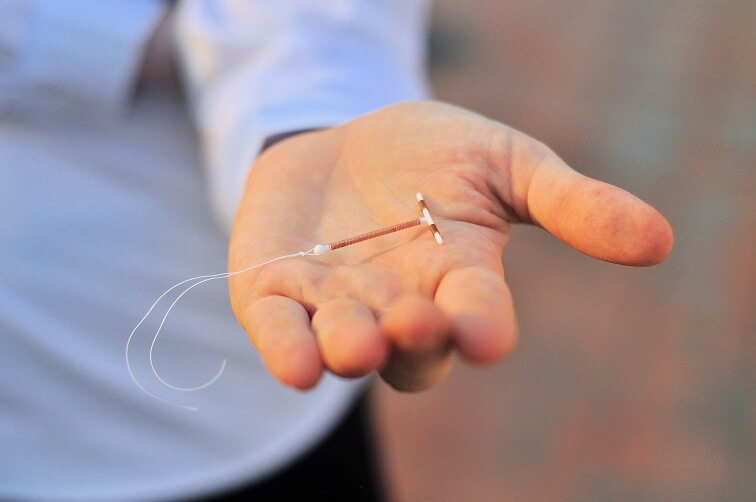 Since 2013, the Federal Drug Administration (FDA) has received at least 3,000 reports of broken Paragard contraceptive devices. Roughly two-thirds of these events have required hospitalization and some have even been life-threatening.

If you currently are or have been experiencing Paragard side effects, here are the facts you need to know, including the best course of action to take, to ensure that you may receive compensation for the harm the device has caused you.

Why Thousands of Women Have Been Harmed By Paragard

Paragard (version T-380A) is an intrauterine device (IUD) that is the only FDA-approved IUD in the U.S. that’s made with copper and is non-hormonal.

Manufactured and marketed by Cooper Surgical, a division of The Cooper Companies (CooperCompanies), a publicly-traded medical device company headquartered in San Ramon, CA, Paragard received FDA approval in 1984 and was introduced to the market in the U.S. in 1988.

Unlike birth control pills, which can cause mood swings, spotting in between periods, mild headaches, and other common side effects, Paragard does not alter hormones and doesn’t require daily usage.

After being surgically implanted, Paragard was designed to prevent pregnancy for up to a decade. In addition, Paragard may be used as an emergency contraceptive device if used within five days of the date of possible conception. These benefits have made Paragard a more desirable birth control device than traditional contraceptive drugs for many women.

However, for the thousands of women who have filed reports on the FDA website, Paragard has been a nightmare. At least 60 individual Paragard lawsuits have been filed and hundreds more are expected.

Paragard lawsuits have been filed because the threads that wrap around the copper T-shaped prong that’s inserted into the uterus may break and become embedded in the lining or wall of the uterus. When a Paragard IUD breaks (most instances of breakage have occurred when the device is removed) and the threads become embedded in the uterus, surgery is necessary to have the threads removed. But by the time surgery is performed, the broken-off threads may create perforations in the uterus or adjacent organs, sometimes causing irreparable harm.

Other Serious Paragard Side Effects

In addition to breakage, which has spurred the majority of the Paragard lawsuits, some women have reported other serious side effects, including anemia, pelvic inflammatory disease (PID), which is an infection of the uterus, fallopian tubes, and nearby organs. PID is most likely to occur in the first few weeks after the device is inserted.

Uterine perforation isn’t only a concern when the device is removed. In rare instances, the uterus can tear immediately after Paragard is inserted.

Moreover, the removal process itself has been problematic for some women. In some instances, the T-shaped arms become stiff and fail to flex for easy removal. When this occurs, micro-sized pieces of plastic may break and lodge in the uterine wall or an adjacent organ.

Failure to remove the plastic pieces from the uterus may result in infertility, infection, pelvic inflammation, chronic pain, or uterine rupture.

When Paragard proves difficult to remove, there are two options for women to have it removed. The first option is surgery that’s similar to a C-section. And if an endoscopy is unable to locate the broken Paragard “T” arms, or if the plastic from the arms is unable to be removed, the only other medical intervention to remove the broken device is a hysterectomy, which makes becoming pregnant an impossibility.

Yes. In December 2020, Paragard multidistrict litigation was created, joining several similar lawsuits. If the manufacturers of Paragard IUD decide to settle, women who are part of the settlement class may receive up to $200,000.

Individual Paragard cases that have already been filed in the federal court system have been transferred to the MDL in the northern district of Georgia, which is being overseen by Judge Leigh Martin May.

According to the United States Judicial Panel on Multidistrict Litigation (US JPML), “the Paragard intrauterine device (IUD) has a propensity to break upon removal, causing complications and injuries, including surgeries to remove the broken piece of the device, infertility, and pain. The actions thus implicate questions concerning the device’s development, manufacture, testing, labeling, and marketing.”

What Is The Best Way To File a Paragard Lawsuit?

If you’ve been harmed by Paragard, you need an experienced Mass Torts attorney who can compellingly present your case and can navigate the highly confusing waters of settlement offers that are oftentimes made in bad faith. Working with a highly competent Mass Torts attorney is often the best chance for successfully receiving the compensation you’re entitled to.

The best way to find an experienced Mass Torts attorney is through Attorney at Law.

At AAL, our nationwide network of attorneys and law firms can match you with the best local and national attorney for you. Our partners have the resources, legal expertise, and experience to stand up to the biggest corporations and emerge victorious. Additionally, our partners are unparalleled in their level of client care.

Our partners know the difficulties of fighting a lawsuit. That’s why our Mass Tort partners take cases on a contingency basis. That means there’s no money upfront, no fees or hourly rate, and if you don’t win, you don’t pay.

January 5, 2022
Though there was no comment from either Justice as to why it has been speculated that there may have been a conflict of interest
Tags
Mass TortsParagardWomen's Health