Immigration law is a broad category of legislation. This body of laws controls all aspects of travel into the country from transient visitors to permanent settlers. Most of the laws pertaining to immigration are found in the Immigration and Nationality Act (INA).

A lawful permanent resident is a type of resident alien. They are allowed to live in the United States permanently, but they do not have the full status of citizen conferred on them. Instead, they have a “green card” which shows that they belong in the country.

The employment path allows certain workers to become lawful permanent residents. This visa system operates on a hierarchy that generally prioritizes people with outstanding talents, people with advanced degrees, or people who are part of an industry that badly needs workers in the U.S. at the time of application.

Finally, there is the fourth main path: asylum. The asylum path is devoted to individuals who are facing serious hardship in their home country. In order to qualify for asylum, it must be demonstrated to the U.S. Center for Immigration Services that the refugee faces a credible threat of persecution, torture, or death if they remain in their home country.

Citizenship is another major topic of immigration law. The path to citizenship from lawful permanent resident status is not simple. There are two main paths to citizenship: adjustment of status and marriage.

These time limits are stringently examined and the time the applicant was applying to qualify for a green card is not included in the five year time frame required to apply for naturalization.

Once the general naturalization provisions are fulfilled, there are only a few more requirements to fulfill: education and character. The education provisions include requiring a test of the English language and a test on U.S. history, civics, and government. The character requirement includes demonstrating that the applicant is “of good moral character” for up to five years before filing for naturalization.

In addition to controlling permanent residence and citizenship, immigration law also controls temporary visitation to the United States. People who come to the U.S. typically need a C-1 transit visa. This allows them to stay in the U.S. temporarily before moving on to their final destination.

One of the most complex areas of immigration law are apprehension and deportation. These enforcement mechanisms are tools of the USCIS to expel people who violate the conditions of their visa or violate the laws of the United States.

When an immigrant is found to be in violation of the conditions of their visa, they will be detained and brought into immigration court. The immigration court will determine whether the immigrant is allowed to remain in the country or they will be required to exit the country. Sometimes, rather than being expelled by force, a defendant may be able to undergo voluntary departure which can allow the defendant to leave the country on their own power and reapply to legally immigrate to the United States.

Finding the Best Attorney For Your Needs

If you are seeking to become a U.S. citizen or lawful permanent resident, you will need an immigration attorney to help you navigate the complexities of immigration law. An experienced Immigration attorney can utilize their legal expertise, trial tactics, and expert witnesses to achieve the best possible outcome for your case.

By leveraging their experience with deportation cases and legal expertise, the right attorney can prevent you from being expelled from the country or keep you from disqualifying yourself from future immigration attempts. Additionally, a qualified immigration attorney can help you explore the many paths to citizenship or lawful permanent residence that may be available to you. The best place to find an Immigration attorney is with Attorney at Law.

At AAL, our nationwide network of attorneys can connect you with the best Immigration attorney in your area. Our partners have the experience needed to go toe to toe with the United States government and come out on top.

In addition to expert qualifications, our partners also excel in client care. We recognize the weight that immigration can place on your shoulders. That’s why our partner firms are selected for their compassionate service, replying quickly to any questions or concerns that you raise.

Don’t wait. Contact AAL today for a complimentary consultation and begin your journey to citizenship. 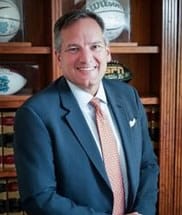