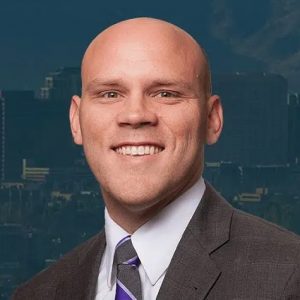 About The Peterson Law Firm

Stuart Peterson Stuart is the principal attorney at The Peterson Law Firm and will personally handle every aspect of your case within the firm. His first position out of law school focused on consumer bankruptcy filings wherein he spearheaded hundreds of bankruptcy cases within his first year of practice. This hands-on experience led him to handle complex issues involving heightened emotions and a need for optimal resolution for his clients. His current practice focuses both on consumer bankruptcy and in family law. His initial practice of bankruptcy has allowed him to be able to assist family law clients in complex financial issues faced in divorce matters and financials of many custody cases. Stuart’s goal in founding The Peterson Law Firm is to create an attorney-client relationship wherein the client is not intimidated to ask questions nor feel bullied into a certain position. Each client to come to The Peterson Law Firm will meet directly with Stuart to discuss their case and goals. His goal in the practice of law is to help regular people faced with complex issues achieve a better and brighter future. Stuart is not a robot and solely focused on the practice of law. His interests range from the latest trade rumors in the NFL to reading the latest science fiction novel that he found on the internet. He firmly believes that Superman is the greatest superhero and during the “off hours” you can likely find him spending time with his wife and their three children. EDUCATION Arizona State University, JD, 2012 Brigham Young University, BS, 2008 BAR ADMISSIONS Arizona United States District Court, Arizona ASSOCIATIONS Former Committee Member of the State Bar of Arizona’s Committee on the Unauthorized Practice of Law (2014 – 2017) Member of the State of Arizona Bar, Family Law Section Member of Member of Arizona Bankruptcy American Inn of Court (2014 – Present) Member of Arizona Consumer Bankruptcy Counsel (2015 – Present)

scott Langston
I spoke to Stuart after speaking to two other law firms and I knew he was the right choice. His knowledge of family law and no B.S. attitude is what I was looking for. Stuart communicated with me very well and put me at ease with the whole legal process. No question was to small or unimportant for him not to take the time to answer. His staff was very friendly as well and kept me informed with court dates and proceedings. They also made you feel that your case was important to them and they had your best interest at heart. Peterson Law is a firm I would recommend.

Amanda Dickinson
Stuart represented me beautifully. He answered every phone call and email in a timely and professional manner and conducted himself very professionally in court. He fought in every way possible for my case and I received the outcome that I wanted. I highly recommend him and his law firm. They are awesome people and if you put your case in their hands- you will be blessed for it and so glad that you did.

Nichole Pence
Stuart has been representing me in family court for several years now. He knows the case history and even calls my kids by their nicknames. He has been through several ups and downs with me as the challenges of my specific situation tend to come with a lot of headache.
Working with Stuart, I’m able to breathe easy knowing I don’t have to haul in paperwork, worry about serving my ex husband and file motions or responses on time. Stuart and his team are responsive and professional. I can’t say enough good about him.
Family court is an emotion-driven field. Stuart is able to acknowledge the hardship that comes with family court issues while still maintaining a focus on the facts and what the court needs to be able to make a resolution. If I could give Stuart 10 stars I would.
I can’t say it enough, he doesn’t advocate specifically for me, he advocates for what’s best for my kids and never fails to show that they are at the forefront of all of the work he does.

R H
Stuart Peterson helped me with my custody case. About 1 year ago my ex told me she was moving 3 hours away with her new husband and their kids and said she wanted to do a week on week off parenting schedule with our son we share custody with. He's going into kindergarten and I did not want him home schooled. When shopping around for a lawyer Stuart not only proposed the least expensive way to retain him, but he proposed the smartest plan. Every firm I spoke to prior to speaking with The Peterson Law Firm quoted anywhere from 5k-10k and those were just retainer fees. Stuart had a plan to do and RMC prior to taking our case to court. This posed as a scare tactic to show my ex the reasons why she would not win this case. Needless to say it worked. I now have more time with my son than I have ever had and I could not be more grateful!! I would highly recommend Stuart Peterson to represent you if you are in need of a lawyer. I will 100% be calling him in the future if his services are ever needed again!!

Corey Ballinger
Stuart started out great I thought he was a great attorney who worked very hard. After a few weeks/months he started missing appointments with me, ignoring messages and phone calls. We finally went to court and won but the case wasn’t over Stuart kept telling me he was working on the case still and will help me as much as possible. After a few months without hearing from him he finally got back to me about my case and told me he would file a motion for it. After a month I asked for an update on the motion and he said he hasn’t heard anything back about it but later that day sent me a motion to sign (so he never filed it before since I didn’t sign anything before). After he sent the motion in to be filed I called he dozens of times and never heard back from him. Today, I finally had the finances to get a new lawyer and they told me he never filed any motions so to the court it looks as if I haven’t been trying to get custody of my son. You obviously know what you’re doing as a lawyer but you can’t just drop out of a case with no word whenever you feel like it. I really hope you work on this for your future clients.

Stuart is the man. I have been going through a nasty divorce and child custody with a woman that I was married to for only a few months. My first attorney...

Stuart has represented me for several years through several family court related issues. He is knowledgeable and super responsive. Highly recommend!
Tia G.