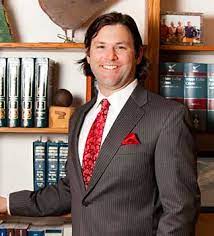 About Law offices of Aaron Black

Aaron grew up in a family of criminal defense attorneys. Criminal defense is all he has had ever known. So, when it came time to choose a career he did not have to think twice. Aaron realized early on that being a criminal defense attorney was more than following in his family's footsteps. For Aaron, defending those who have been charged with a crime is an opportunity to defend their constitutional rights afforded by the United States Constitution. Before his career as a defense attorney, Aaron was raised in Phoenix, Arizona and attended Brophy College Preparatory. After graduating from Brophy, he attended The University of Arizona where he majored in Political Science. While in college, Aaron was a player and the president of Arizona Rugby Football Club. Upon graduating from college, Aaron decided to pursue a Law Degree. He followed a long family tradition and attended the University of South Dakota where he focused his studies on becoming a criminal defense attorney. While obtaining an excellent education, he spent time on the South Dakota family farm hunting and fishing. Aaron was quickly employed by the Office of the Maricopa County Public Defender after passing both the Arizona and South Dakota Bar Exams. During this time he became more confident that being a prosecutor was not something that he wanted to pursue. Aaron has never had a desire to ruin anyone’s life by putting them in jail because they made a mistake. During his time as a public defender, Aaron became more interested in focusing on DUI defense in Arizona. As a Deputy Public Defender, Aaron defended hundreds of individuals charged with serious felony offenses including Drug, Conspiracy, Aggravated Assault, Aggravated DUI, Manslaughter, Murder, Money Laundering and almost every other crime in Arizona. During this time Aaron honed his skills as a defense lawyer. Aaron looks at his job as a check and balance on the Police, Prosecution and Courts. He truly enjoys protecting his clients so that they do not get convicted of a crime by the government with undue haste. He focuses on the fact that we all have Constitutional Rights and he is proud that he can guarantee his clients’ rights are protected while in the court system. Aaron does not care if his client committed a crime. In fact, it’s not even a question he asks. What he truly focuses on is if the Government can prove their case beyond a reasonable doubt. Good people sometimes find themselves in bad situations. To Aaron that does not mean that those caught in a bad situation are criminals or even guilty of a crime. Aaron spent countless hours in the courtroom, argued over 50 jury trials, tried over 100 bench trials, and became a highly experienced litigator. Aaron’s trial experience sharpened his litigation skills, giving him invaluable insight into the legal system and making him one of the premier defense attorneys in Phoenix, Arizona. Currently, Aaron is in private practice as a criminal and DUI defense lawyer. His focus on Criminal Defense and DUI Defense in all Arizona justice, municipal, state and federal courts has resulted in widespread recognition and numerous awards. Aaron is licensed to practice law in the states of Arizona and South Dakota.

There is no review for this place.

Aaron Black is one of the most straightforward and excellent lawyers I have ever met! Unfortunately, I figured this out after being charged with a DUI. My...
Terry Be H.

Mr. Black was great to work with. He was super helpful and responsive through the whole process. He never sugar coated the situation until he was sure of...
GT T.

I highly recommend Aaron and wish I retained a lawyer just in case I ever get pulled over for a DUI. I would have been better prepared and been able to...