About Kim Levy Attorney At Law

While many conventional law firms rest upon the laurels of their lengthy history, Thompson, Bissett & Castonia, LLP, is proud of our 20-year inception. We are the only solely owned and operated all-female law firm in the Fox Valley. We are not the type of firm that hires staff to assist us; instead we work collaboratively together. We do not stand in competition with each other. We support one another, respect each person we work with, and recognize and appreciate the different skills each of us brings to the firm. We have consciously created a work environment which enables us to balance our personal and professional lives. We believe that this type of company climate empowers each of us to function at our highest level. We carry the sense of commitment and responsibility we have towards one another to the clients we represent. 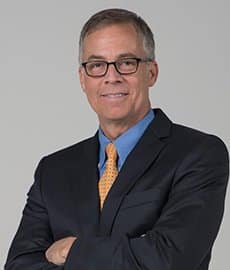 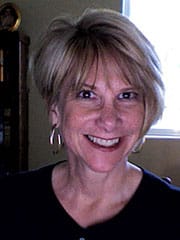 iRule
Don't waste your money. 5 minutes after paying I knew I made a mistake. I was visibly upset when explaining my situation. Jennifer was rude, condescending, and kept cutting me off. She sneered at me when I asked her a question as if it was a stupid?instead of showing a little empathy (per their mission statement) she said, "I don't believe you" and suggested I sell my house and move.

Mariah Benson
I do not recommend consulting with this firm. Within 10 minutes I knew 100 dollars was wasted because she was not willing to ask any questions about my case and wanting to deter myself from wanting her representation. They are making money with getting people's hopes up. They definitely could have made the findings from the conversation I had with Castonia- and the email I sent them. I highly suggest looking elsewhere.

Christina Jo
Rebecca Castonia, absolutely amazing and down to earth!

Jessica Kersten
Michelle Swardenski was assigned as my son's GAL and she was amazing! She was able to see the truth and call my ex out on his BS majorly. After an already long, drawn out custody battle and many failed attempts to get my point across in front of the judges, I finally felt like someone was looking into the best interest of my son and she hit a home run for me. My son is now in a MUCH healthier, safer place, now that I have sole custody.
I would give 5 stars, however, the only complaint I have is about the billing. The statements are extremely confusing and weren't reflecting current payments, I had to do some math to figure out my final payment.
Other than that, I would highly recommend Michelle to anyone.

Stephanie Mack
Thompson did an amazing job! She was helpful from the very beginning and wouldn’t have wanted anyone else. Beyond thankful.

1 star rating is being generous. I forgot to check reviews here and on Google and am so pissed at myself. What a scam they seem to have going with their...
Emily O.

Attorney swardenski was appointed by the court unfortunately. To make a long story short she's rude, unprofessional, and unprepared. On our first...
Scott J.

Jennifer Thompson represented me in a real estate case where the other party violated a standared Wisconsin real estate contract. It was called a...

Where is Kim Levy Attorney At Law located?

What are Kim Levy Attorney At Law areas of expertise?

How many years is Kim Levy Attorney At Law in practice?

Kim Levy Attorney At Law is in practice for 27 years.