David R. DiGiacomo and Gerald H. Jaggers began practicing together in 1985 and formed the firm of DiGiacomo & Jaggers, LLP in 1989. Douglas J. Perko, after a year as a Clerk to Colorado Supreme Court Justice Kirshbaum, began practicing with the firm in 1986, and became a partner of DiGiacomo, Jaggers, & Perko, LLP in 1998. The staff supporting the firm includes paralegals, legal assistants, and support staff. 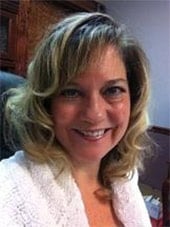 What are Digiacomo, Jaggers & Perko, LLP areas of expertise?

How many years is Digiacomo, Jaggers & Perko, LLP in practice?

Digiacomo, Jaggers & Perko, LLP is in practice for 36 years.