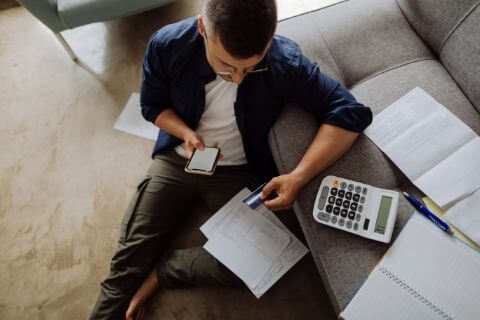 What Is a Reaffirmation Agreement?

A reaffirmation agreement is an agreement that reaffirms a bankrupt debtor’s intent to pay a debt that could be discharged as part of the bankruptcy process.

Essentially, bankrupt debtors usually file for bankruptcy in order to discharge their obligation to pay certain debts. Not all debts are dischargeable but most are. However, there may be some circumstances under which a debtor still wants to pay a particular debt even though it can be discharged as part of their bankruptcy process. If that is the case, the debtor has every right to volunteer to pay a debt that would otherwise be discharged, as long as they do so with funds that are not part of the bankruptcy estate. To do so, the debtor must enter into something called a reaffirmation agreement with the creditor.

Reasons to Enter Into a Reaffirmation Agreement

Reaffirmation agreements are strictly voluntary. So why might a debtor choose to pay a debt that they could have discharged? Some reasons include:

Should You Enter Into a Reaffirmation Agreement?

Because entering into a reaffirmation agreement imposes obligations with serious financial consequences on a debtor, it is highly recommended to think things through carefully before deciding to enter into one. Some things to consider as part of this decision include:

You are not required to be represented by a lawyer in order to enter into a reaffirmation agreement, but it is still highly recommended to work with one. They will be able to help you determine whether or not it is actually in your best interest to reaffirm one or some of your debts, as well as navigate the entire bankruptcy process.

Can a Reaffirmation Agreement Be Cancelled?

If you decide after signing a reaffirmation agreement that you no longer want to pay that debt, you can cancel the agreement only before whichever of these dates is later: