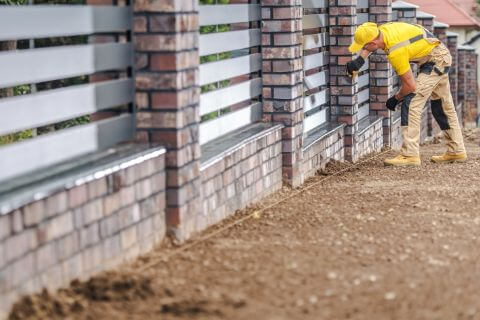 What Is The Occupational Safety & Health Administration (OSHA)?

The Occupational Safety and Health Administration (OSHA) is a government organization created in 1970 with the enactment of the Occupational Safety and Health Act of 1970. The purpose of the OSHA is, according to their website, “to ensure safe and healthful working conditions for workers by setting and enforcing standards and by providing training, outreach, education and assistance.”

Under the jurisdiction of the Occupational Safety and Health Act of 1970, OSHA can inspect and penalize most workplaces. This means that OSHA can make inspections of the majority of private businesses and government workplaces in all 50 states as well as the territories of:

With this jurisdiction, OSHA makes inspections of work sites that the agency believes to be dangerous to the workers there. OSHA has a number of regulations regarding required safety equipment to be worn or features to be implemented. For example, OSHA standards require that buildings have railings on raised platforms, stairs, and ramps. These rails must be of a specified weight, size, and construction. If a business has these railings as specified by OSHA, they are found to be OSHA compliant. If the business is found to be noncompliant, they will be subject to penalties by OSHA if an inspector investigates the facility.

The OSHA and Employment Law

According to its own site, OSHA is responsible for overseeing more than 7 million workplaces. Due to the sheer scope of this responsibility, the agency has developed a ranking system for determining which work sites need to be investigated sooner and which sites can be put off until the more serious issues have been resolved.

At the top of the agency's priority list are “Imminent danger situations.” In a workplace with an imminent danger situation, there is an OSHA violation or hazard that could cause serious physical injury or death. When an OSHA officer investigates this area, the agent in charge will order the employer to either immediately fix the hazardous situation or remove all endangered employees until the hazard has been dealt with.

Second to immediate danger are severe illnesses and injuries. Employers are required to report all work-related deaths within eight hours. Any work-related hospitalizations, amputations, or losses of eyes must be reported within 24 hours. When OSHA receives one of these reports, the workplace will be inspected to find the cause of these serious injuries and the employer will be required to correct it.

The number three priority of OSHA investigators is workplaces with worker complaints. Any worker can report their workplace to OSHA for allegedly violating safety standards or allowing a hazard to remain. When employees file these complaints, they have the option to request anonymity in order to protect their identity.

After worker complaint investigations come investigations spurred by a referral from an outside organization. This can include a federal, state, or local agency, a non-employee reporter, an organization, or media source. Once OSHA receives this outside notice, the agency will consider an inspection based on the weight of the referral.

The final two priorities of OSHA inspection are not based on any reports. The fifth priority of the agency is targeted inspections of high-injury industries and the final priority is follow-up inspections. In both cases, OSHA has received some indication that a safety violation or injury has occurred in the past and an investigation is being launched to ensure that the employer or industry responsible is keeping their commitment to a safer work environment.

During an OSHA investigation, workers may appoint a representative to accompany the inspector and the inspector may also speak privately with several of the employees in order to determine whether a complaint is valid. If during the course of the investigation an OSHA inspector does find violations, they have a number of ways to incentivize or compel employers to resolve the issue. The most common and easiest method for OSHA to enforce violations is to issue a citation. While a single violation may cost a company around $14,502 per violation, if the workplace refuses to cooperate or repeatedly demonstrates the same violation, that amount will jump tenfold to $145,027 per violation.

In addition to conducting inspections and fining companies, OSHA also protects workers’ rights. According to OSHA, workers have a right to:

Most importantly, OSHA protects a worker’s right to request an inspection from OSHA to review a serious hazard or OSHA violations that they believe exists in their workplace. This includes the right to remain anonymous, and the right to be protected from retaliatory efforts by the company.

If any worker is retaliated against or harmed for exercising the rights protected by OSHA, they can file a complaint with OSHA within 30 days. OSHA will then investigate the matter as they would investigate any other issue and punish employers who retaliate appropriately.

If you have been retaliated against by your employer for reporting OSHA noncompliance or hazards in your workplace, you may be able to file a lawsuit in order to recover the losses you have suffered. In order to file and prevail in this lawsuit, you will need the help of an experienced Employment Law attorney.

An experienced Employment Law attorney can zealously advocate for your case to get you the best outcome possible. Using legal expertise, trial tactics, and expert witnesses, your Employment Law attorney will gather evidence that demonstrates how you were targeted by your employer for reporting an unsafe workplace and the damages that you are owed.