Find a Lawyer in Atlanta 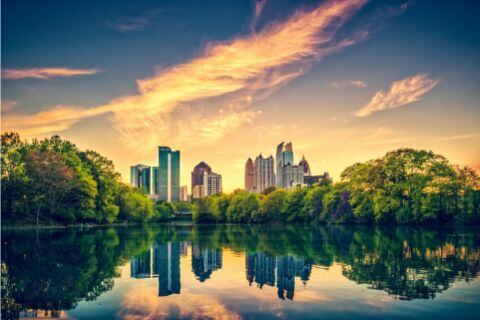 Need a lawyer in Atlanta, Georgia?

Atlanta was initially established as the terminus for a major state-sponsored railway. But it quickly became the convergence point of several railroads and accelerated its growth. The Western and Atlantic Railroad was one of the railroads that made Atlanta a major transportation hub. It played a crucial role in the American Civil War and was captured by the Confederacy in 1864. During General William T. Sherman's March To the Sea, the city was nearly completely destroyed. The city recovered quickly and became an industrial hub and unofficial capital of "New South". It was also a major manufacturing and technology center after World War II. It was a key organizing hub for the American Civil Rights Movement in the 1950s and 1960s. Ralph David Abernathy and Martin Luther King Jr. were prominent members of this movement's leadership. Atlanta has maintained its status as a major transportation hub. Hartsfield-Jackson Atlanta International Airport was the busiest airport for passenger traffic in 1998.