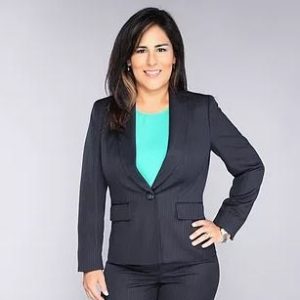 Vanessa was born and raised in Lima, Peru. She began her legal education at Universidad de Lima - Facultad de Derecho and later transferred to the University of Connecticut, where she graduated with honors with a Bachelor's Degree with Focus on Law and Society. She became interested in immigration law because of her own experience immigrating to the United States from Peru. Vanessa moved to Arizona to attend law school at Arizona State University, Sandra Day O'Connor College of Law. While in law school, she focused on developing her interest in immigration law participating in ASU's Immigration Law & Policy Clinic. As a student-attorney, she represented Special Immigrant Juveniles and made appearances in Immigration Court as part of her training. She joined the Chicano-Latino Law Students Association and volunteered her time to offer legal advice to Spanish speaking immigrants. She also did an externship with the Office of Chief Counsel for Immigration Customs and Enforcement (ICE) where she learned about the intricacies of deportation proceedings. After graduation, she was convinced that she wanted to focus her legal career on immigration law. She was admitted to the practice of law in the State of Arizona in 2012 and shortly thereafter begun working at an immigration law firm in Phoenix. She specialized in representing clients before the United States Immigration and Citizenship Services (USCIS) and in Immigration Court. Her case load includes deportation defense, Adjustment of Status, Consular Processing, Waivers, U-Visas, VAWA, Deferred Action, Parole in Place and Naturalization. She has won residencies for hundreds of immigrants and will now continue her work in the immigrant community as founder of Vanessa Black Law Firm. ​ Vanessa served as Vice-Chair of the American Immigration Lawyers Association, Arizona Chapter.

Elideb Barcenasndx
Vanessa was very professional and did an exceptional job. I highly recommend hiring her for your immigration needs. She is very knowledgeable and exceeded our expectations. 10 out of 10 no doubt. Thank you Vanessa for everything and all your hard work!

Reboc
Vanessa Black provided superb customer service! She literally guided us through every step which made the process of my case go real smooth. Vanessa is very knowledgeable and very well informed. She treated us with great level of respect and dignity. I definitely recommend her services to anyone seeking immigration adjustment in the United States.

maricela gomez
Mrs. Black is a great lawyer and wonderful person. She is very professional and knowledgeable about what she does. She helped my husband and I with my husband’s immigration status. She answered all of our questions and she explained everything step by step. We will always recommend her services to everyone. Keep up the great work Mrs. Black!!

Ed Snelling
Ms. Vanessa Black Esq.
Is as good as it gets As a human being and as an Attorney. We think she is the best Immigration attorney in town. We visited a few attorneys and paid a few consultant fees. In the end we settled on Ms. Black as our Immigration specialist and we are pleased that we did.
Ms. Black is very knowledgeable of the immigration laws, but the best thing about her is her compassion for her client. Her willingness to go that extra step to ensure her client is comfortable in her abilities, answering question after question until we (the client) reached our comfort level as well. This was God send, as we encountered other attorneys who appeared to be to busy or seemingly always in a rush. We were so lucky to find Ms. Black and we recommend her services to anyone with immigration needs.

I recommend Vanessa highly. She is professional and shows empathy for her clients. She represented my wife and I on our successful quest for her green card....

Terrific immigration attorney. My wife and I couldn't be happier to work with Ms. Black. She is very competent in her specialty, and was able to advise us,...

I went to see Vanessa Black in the beginning of June 2018. I needed some help with imigration stuff and I was so worried but after talking to her I was...

What are Vanessa Black Law Firm areas of expertise?

How many years is Vanessa Black Law Firm in practice?

Vanessa Black Law Firm is in practice for years.