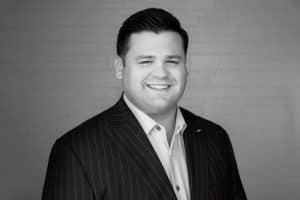 Attorney Jose Nunez was born in Englewood, New Jersey to Cuban parents who immigrated to the United States in 1969. He grew up in Naples and attended St. Ann Catholic School and St. John Neumann High School. Jose graduated from the University of Michigan and was named one of twelve Graduates of Distinction in his class. He also earned the University’s Outstanding Student Leader Award. Following college, Jose was accepted to the AmeriCorps Teach For America program. During the two year program, he worked as a Ninth Grade Global History teacher and taught at-risk youth in New York City. After obtaining a Masters Degree, Jose returned to his hometown when he was offered a Dean’s Scholarship and graduated in the top third of his class from Ave Maria School of Law. A firm built on always paying special attention to the details of each case and of each client. You can be sure that you will be treated the way you expect to. From the first free consultation, you’ll receive the individualized attention that your case deserves. You won’t be pressured into hiring our firm and you won’t be rushed out of our office. Helping our clients during their darkest days is what this firm believes in and we’ll be there with you each step of the way. Attorney Nuñez is a litigation attorney who never lets anything get in the way of helping you achieve the outcomes that are important to you. At our firm, you’ll never be discouraged from litigating your case until the very end — and the verdict we fought for is read.

Gil Alejandro
I was falsely charged with a domestic violence case. After speaking with a few people, it was suggested that I contact atterney Jose Nunez. I am proud to say that it was the best decision I had ever made. Mr Nunez was courteous, respectful, professional and above all he was well astute to all my needs and concerns. His fees are also palatable. He even contacted me beyond working hours once or twice and responded to each and every one of my texts or calls. Mr. Nunez did not leave out any details as he was diligent and thorough throughout my case. I always felt a strong sense of confidence when discussing my case with Mr. Nunez. Of course I pleded not guilty to the charges of domestic violence. As a result of retaining Mr. Nunez the case was dismissed one day before my trial. It was great to know that he knew what he was doing while at the same time giving me back my freedom. Atterney Jose Nunez restored my faith in society and the legal system. I recommend Mr. Jose Nunez to anyone who is in the need of a great atterney hands down! 👍

D. P.
Jose Nunez is an all-star attorney. He represented me in a DUI trial ultimately resulting in a fast and unanimous NOT GUILTY verdict. His performance at my trial was impeccable. This is a real trial lawyer. Outstanding. Thank you

Pat Justice
Mr. Nunez is by far the best attorney you could have. His professional reliable and well return your call text immediately. He is the best ever. I could not have an attorney with such professional skills anywhere else.

Jensen Perez
Jose Nunez, is a very competent attorney. He conducts himself very professionally and sincere. He helped me tremendously and I recommend this man 100%. He will go the extra mile for you

Nick Novello
Jose Nunez is a consummate professional. He is reliable, articulate, and genuine. You don’t see that every day in the world. Pick up the phone and contact his office. You will be thankful you did.

Where is Law Offices Of Jose Nunez Jr located?

What are Law Offices Of Jose Nunez Jr areas of expertise?

How many years is Law Offices Of Jose Nunez Jr in practice?

Law Offices Of Jose Nunez Jr is in practice for 9 years.