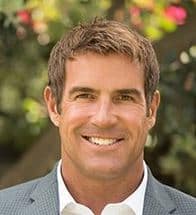 Coast Law Group LLP was established in 2004. It is an award-winning law office. Coast Law Group LLP was founded on the belief that both business and environmental communities need lawyers who are professional and aggressive, but also have integrity and justice values. We have been honored with numerous awards over the years. However, our success is measured by the quality of our service and our positive impact on the community.
Marco Gonzalez and Gary Sirota, both sole practitioners, decided that it was time for them to combine their knowledge to create a firm that could capitalize on their respective reputations for providing high-quality and reliable legal services to a wide range of clients. Coast Law Group, which included Chris Polychron and Ross Campbell, was established in Encinitas in March 2004.
Coast Law Group rose to prominence in Southern California thanks to a string of early successes, both inside and outside the courtroom. Coast Law Group was featured in national media and newspapers shortly after its establishment. In November 2004, Coast Law Group was involved in a high-profile legal battle regarding a contested write in bid for San Diego Mayor.
The firm's 2006 addition of Partners David Peck (merging with Kouretchian Law Group) allowed it to significantly expand its business and litigation departments, as well as adding new capabilities in intellectual property and personal injuries. Coast Law Group has been a respected and fastest-growing law firm in Southern California. Coast Law Group represents clients around the globe on matters of great importance in the technology, environmental and business communities.
Coast Law Group opened its new facility on South Coast Highway 101, in downtown Encinitas, in July 2009. Coast Law Group's vision and spirit are perfectly complemented by the location's central location on South Coast Highway 101 in downtown Encinitas. Coast Law Group continues to be known for providing first-rate, personable legal services. They have a team of highly skilled attorneys and support staff.
Coast Law Group was not only recognized as San Diego's top lawyers by the L.A. Times or the New York Times but also as an excellent place to work by Outside Magazine. In 2015, it rose to the top ten in 2015. Many Coast Law Group lawyers have been consistently named Superlawyers by their peers within the areas of corporate law, intellectual propriety, and litigation. 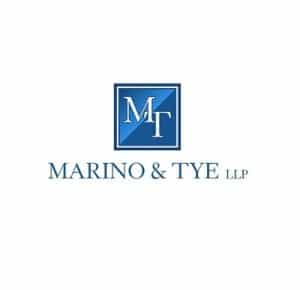 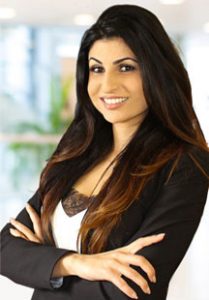 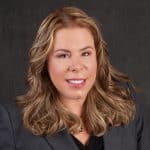 Jill Thomas
You can stop looking, this is the one you want. After watching my body shop fight to get my Insurance company to fix my car for anything resembling the actual cost, I knew getting them to pay to fix my bodily injuries was going to be a nightmare. After being injured in a car accident, I really didn't want to have to deal with the dirty game of tug of war with the insurance company with them trying to pay a little as possible and me trying to heal so could go back to work and be a productive business owner again.

I was referred to Aran at coast law group by a friend who had used him before and the experience was great. I no longer had to argue with the insurance company over if I was "really hurt". I left that to them, my job was to heal. And I did.

It took a while, the insurance company really didn't want to pay my claim-My insurance company by the way, this was an uninsured motorist accident-But I was glad someone else who knew how this game is played was working as my advocate because there is no way they would have treated me anywhere close to fairly without a lawyer.

In the end I was very satisfied with the result. Highly recommend.

kathy Gonzalez
I have a substantial amount of relations with the legal and medical field, due to a serious accident I was involved in 30 years ago. When I think of Aran Wong, the phrase “Patience is a virtue” reminds me of him. He handled our case with the patience of a saint, while addressing my husbands injuries and pain.Two of the most important things to remember when seeking legal counsel are…1. Knowing that you can talk to your attorney and have them listen to you. 2.That they will react on your behalf. Aran handled our case with integrity and grit. His ability to remain calm with an equal amount of perseverance, brought forth a very successful outcome. I highly recommend him. He’s the real deal!

Mk Mac
I was in a roll over accident due to a person running a stop sign. I was not majorly injured and so thought I’d work with the insurance company myself – because many years before my wife had been in a major accident, we retained a lawyer, but in the end we were disappointed with him and the law firm.

Within days I began to notice physical issues that were not initially there, and I didn’t have an assurance that the insurance company had my best interest in mind after speaking to them a few times.

A friend recommended Aran Wong at Coast Law Group; Aran was very helpful in answering my questions and moving me forward to get medical attention.

My case was handled by Brian Felton. He did an amazing job, I always felt that his number one concern was my health, he was never pushy, but always supportive and informative. He was genius in working with all the different entities involved. Brian was persistent with more than one reluctant insurance company, and because of that we got a very fair offer and the other paid a majority of the medical bills.

Brian Felton, Aran Wong and the staff at CLG have changed my perspective regarding legal services. Initially I was reluctant, but now I would not hesitate to seek their legal counsel / services, I highly recommend them!

K M
Coast Law Group LLP consists of a group of individuals that are all professional, kind, and extremely helpful, no matter who you speak to at their office. I was referred to this business and first spoke to Aran Wong, who is a very thoughtful individual that you could tell right away was also an intelligent and experienced attorney. He found the right attorney to take my case that same day and referred me over to Dave Peck, who is also an extremely caring, intelligent, and highly experienced attorney. It is actually difficult to articulate the value of what Dave has provided because it goes beyond him achieving the results I hoped for. He is someone who genuinely cared about what happened to me and I watched how driven he was to make things right. He is consistently on his A game at every single turn which helped me to feel significantly less anxiety and stress over the matter. I will always be grateful to him, not just for his achievements but for the good and comforting person that he is. There is no question on whether I would strongly recommend Dave and this entire practice.

Destiny McGuire Richardson
I cannot thank Dave Peck enough for his assistance in my hit and run case. Even when I was ready to throw in the towel and move on, he continued to fight on my behalf. His assistance with the insurance companies and his knowledge made all the difference and I walked away with more than I could have hoped for. If you need legal counsel or advice, he is your best bet. He won’t waste your time or his, and he will fight for you in the truest sense of the word.

I was in a bike accident (broadsided by a truck, the driver admitted complete responsibility) and hospitalized with minor injuries in San Diego. The police...

Looking to use a law firm that caters to this companies specialty. In doing some research after reading these reviews it's concerning that one the partners...
Steve W.

Honestly I would give them 4 1/2 stars... They listened carefully considered my case and they declined. However instead of just saying No they made sure I...

What are Coast Law Group LLP areas of expertise?

How many years is Coast Law Group LLP in practice?

Coast Law Group LLP is in practice for 19 years.