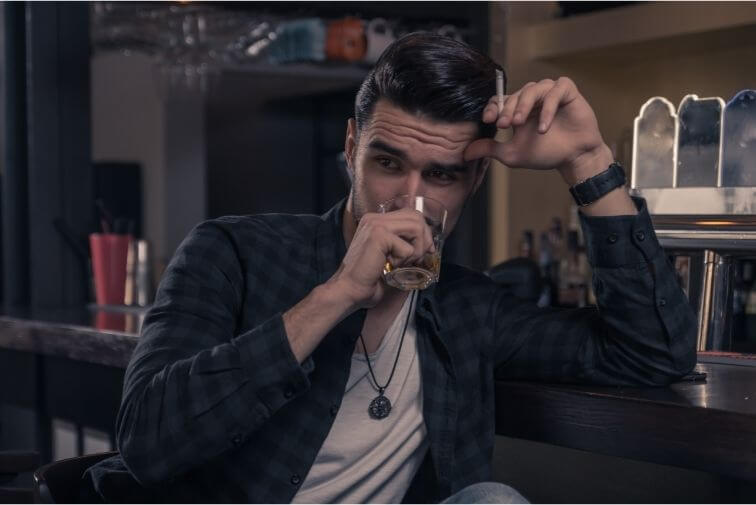 Tolerance, in the context of alcohol, is the body’s natural buildup of resistance to the effects of alcohol. Tolerance can be built by repeatedly exposing an individual to increasing amounts of alcohol.

As tolerance increases, an individual begins to notice fewer and fewer of the negative effects associated with alcohol consumption. This means that someone who has developed a tolerance for alcohol will have the same blood alcohol content (BAC) as an intoxicated person while suffering fewer or none of the complications.

Tolerance can build in many ways. Sometimes tolerance only immunizes an individual to the immediate negative feelings of drinking. Other times it may prevent the individual from experiencing the symptoms of more serious intoxication. The ability to continue to act within the window of normal behavior while intoxicated is called functional tolerance.

Functional tolerance occurs when the brain compensates for the behavioral and bodily disruption caused by alcohol. Individuals who are chronic heavy drinkers can display functional tolerance by showing few obvious signs of intoxication even at high BAC's. At this level, less tolerant drinkers could be incapacitated or worse.

Due to the inferred immunity to significant behavioral impairment, functional tolerance may allow the individual to consume increasing amounts of alcohol. This can result in alcoholism as well as alcohol-related organ damage.

Additionally, functional tolerance does not develop for all alcohol effects. It has been shown that while functional tolerance can be quickly developed for purely mental tasks, such as performing calculations, physical tasks requiring hand-eye coordination are still impaired.

Tolerance and Driving Under the Influence (DUI) Charges

When someone is charged with a DUI it is almost always the result of a “per se” BAC test that leads to the charges. In most states, the BAC for per se intoxication is 0.08. The exception is Utah where the limit is 0.05.

These are hard limits on the BAC of a driver and they do not leave room for interpretation. This fails to account for the individual circumstances of the individual being tested. For someone with a high alcohol tolerance, they may not be experiencing any negative effects of a BAC of 0.08.

In addition to the general reduction of alcohol’s negative effects that comes with tolerance, there is also the phenomenon of learned tolerance. Learned tolerance, also known as behaviorally augmented tolerance, is a type of tolerance in performing a task that is accelerated by practice.

Individuals who perform a task repeatedly while under the influence of low doses of alcohol develop their hand-eye coordination in practice despite having a BAC above 0.00. Furthermore, if an individual expects a positive outcome from successfully completing a task, they will develop a learned tolerance more quickly.

The U.S. National Institute of Health’s Institute on Alcohol Abuse and Alcoholism has, in the past, noted how learned tolerance could impact drivers who drive under the influence. The NIH notes that, “[r]epeated practice of a task while under the influence of low levels of alcohol, such as driving a particular route, could lead to the development of tolerance, which in turn could reduce alcohol-induced impairment.”

The NIH does also note that a change in the circumstances, environment, or route could result in the loss of this learned tolerance and they do not support driving while under the influence of alcohol. Regardless, there is undeniable proof that the development of a tolerance has a definite impact in the effect of alcohol on an individual and the subsequent risk that individual poses to themselves and others on the road.

If you have been charged with a DUI despite your tolerance for alcohol you will need a DUI attorney. An experienced DUI attorney can use their experience, trial tactics, and battery of expert witnesses to help you achieve the best possible outcome in your case.

By producing expert witnesses to testify to the effects of tolerance on the body, a DUI attorney can dispute whether you posed a danger to others, placing you in a better position to negotiate. Additionally, an experienced DUI attorney can challenge and dispute evidence as well as cross examining witnesses to instill doubt in the jury’s minds. In this way, the right DUI attorney can put you on even footing with the prosecution.